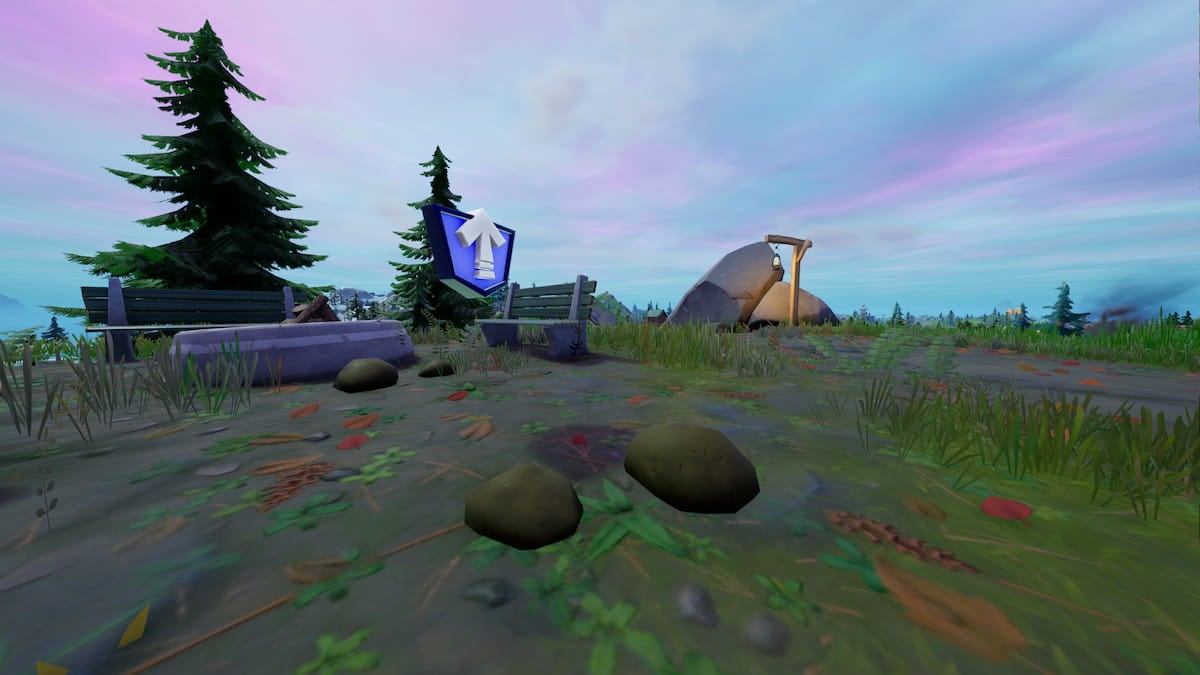 With Week 3 of the Monarch Quest Pack being released, Fortnite players have more opportunities to increase their Battle Pass levels at great speed, thanks to the Level Up Tokens they’ll be discovering. One of these new quests features a token hidden in one of the highest, harder-to-reach spots in Camp Cuddle. It may be far from the heart of the named location, but it can take just seconds to get there.

As shown below, Quest Pack owners will have to head to the south end of Camp Cuddle where there are numerous hills that overlook the POI. This time around, go to the hill that holds a narrow lodge cabin outpost at its peak. Depending on which direction you’re coming from, you may need a Quadcrasher to access it — and there are a few parked in the heart of Camp Cuddle. Once you’re on the hill, the token can be discovered floating near a set of lawn furniture and a campfire placed behind the outpost.

The token is one of seven you’ll need to grab during Week 3 and collecting them all will net players the Golden Shattered Wings Back Bling. With Week 4’s reward being Monarch’s golden style skin, it is important to note that these challenges will only be available until the end of Season 1 — so be sure to get your money’s worth.

Related: Where to find the Level Up Token at Chonker’s Speedway in Fortnite Chapter 3 Season 1