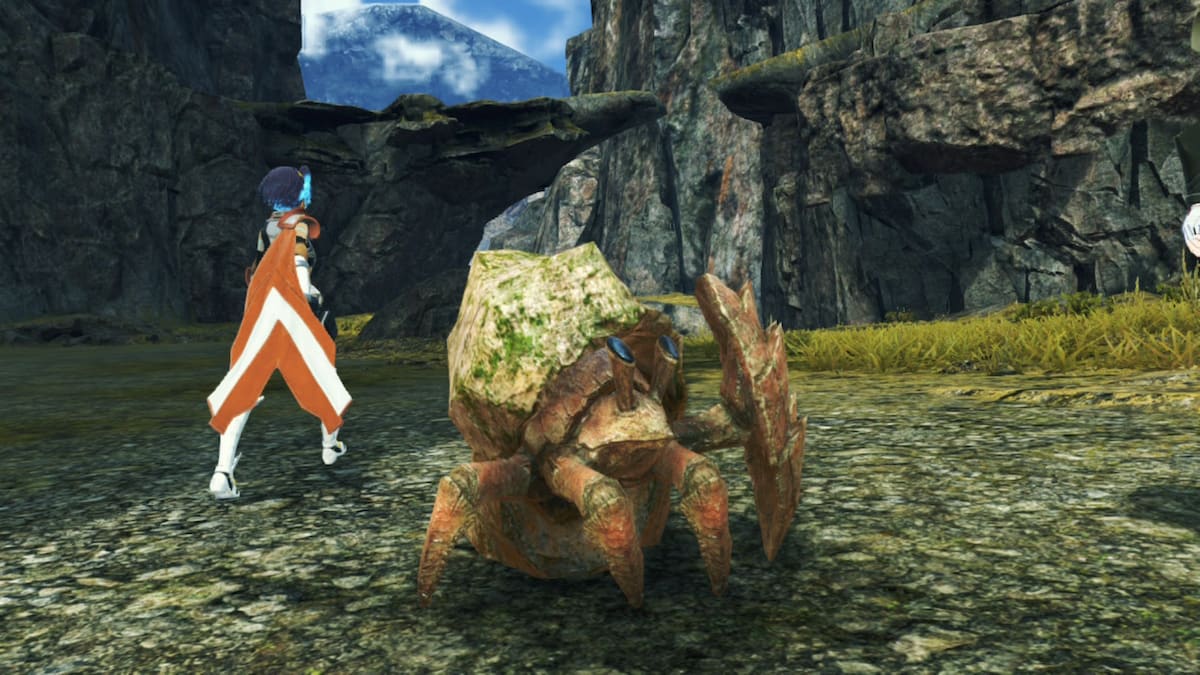 Related – Where to get Krabble Shield Pincers in Xenoblade Chronicles 3

How to find Krabble Viscera in Xenoblade Chronicles 3

Krabble Viscera are found from hunting Materia Krabble and their Unique Monster variant, Househunter Carly. They can be found together in the Aetia Region near the beginning of the game. The area you will find them is called the Alfeto Valley. Even though this location is found early in the story, you won’t be able to fight these creatures until much later on.

Alfeto Valley, which is located in the Aetia region, is home to Houserhunter Carly and a large group of Materia Krabble. To begin your hunt, Skip Travel to the Forward Post Camp Rest Spot. Run past the campfire and drop off the ridge into the pond below.

I recommend a group around level 24 to make this fight manageable. I also suggest bringing an assortment of Ether arts, as this species is resistant to physical attacks. After you defeat this world boss, Materia Krabble will be easy prey. You can then use Househunter Carly as a fast travel location to make farming Krabble Viscera efficient.

Krabble Viscera is a rare drop from these monsters. Cook the Well-Dressed Maktha Salad at a Rest spot to alleviate this problem. This meal offers a 20 percent Enemy Drop Boost. This will cause Krabble Viscera to drop in much higher numbers for each run you make.