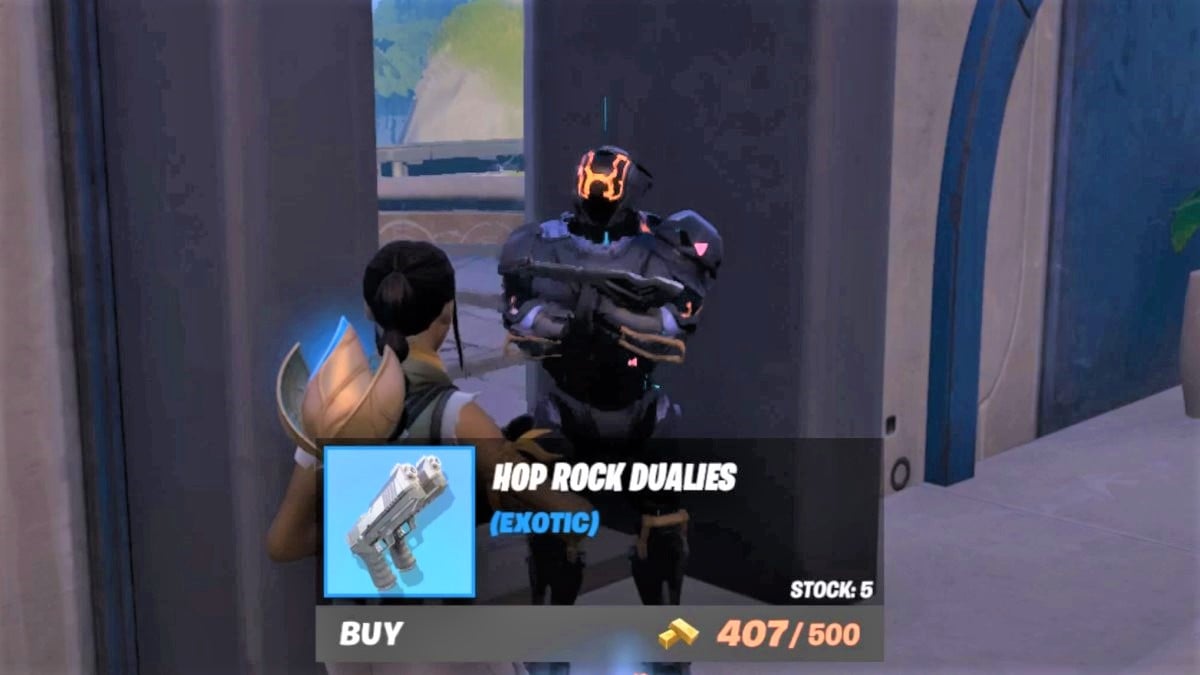 The Hop Rock Dualies don’t currently spawn anywhere else, so you won’t find them lying around anywhere or in any chest. If you want the Hop Rock Dualies, you’ll have to save up those Gold Bars. Either that or loot a set from the remains of a player who had them.

Related: All Exotic Weapons and their locations in Fortnite Chapter 3 Season 1

The stats of the Hop Rock Dualies are the same as the Dual Pistols but, being an exotic weapon; they have a powerful special effect, namely low gravity. They’re named “Hop Rock” after the consumable items of the same name. The low gravity effect allows you to outmaneuver opponents and negates fall damage, which is especially useful if you are in a gunfight at the top of a tall structure. If you find an opponent hiding at the top of a tall structure, you can use the Hop Rock Dualies to reach them quickly, and you won’t have to worry about falling once you’re up there.