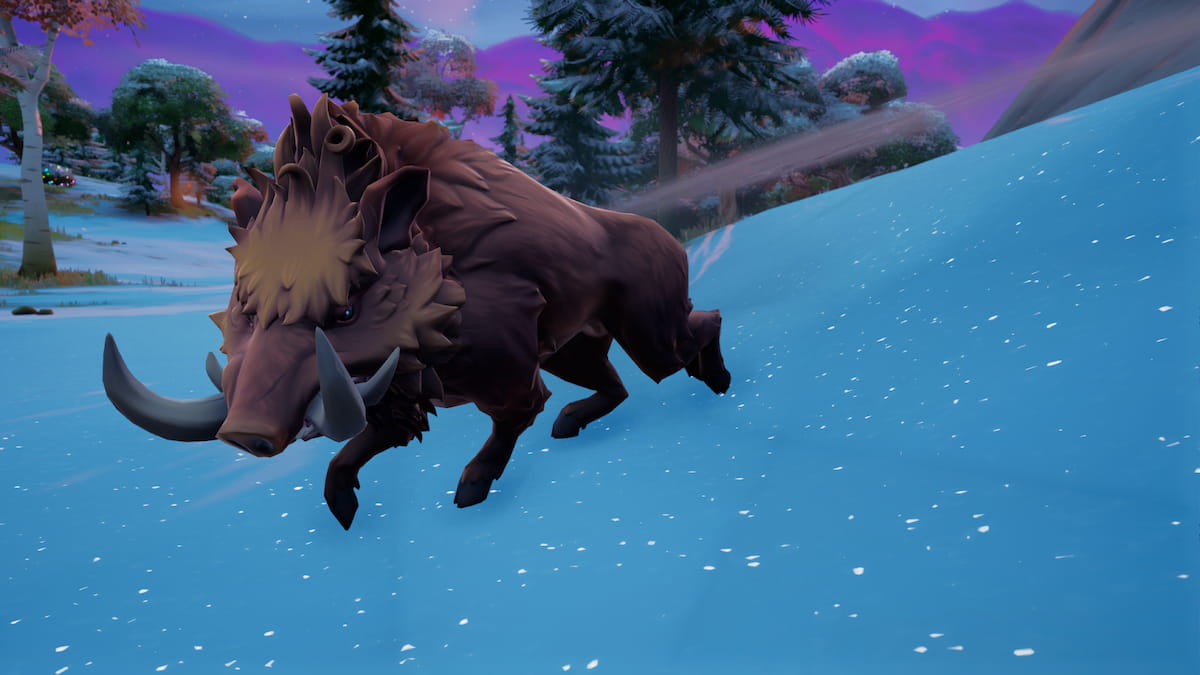 Of all of the animals to hunt in Fortnite Chapter 3 Season 1, the large red boars that are typically found in the snowy sections of the map are the easiest to eliminate. However, unlike the wolves, this animal does not travel in packs, and only a few are found far and in-between.

You’re most likely to see boars roam around five lesser-known parts of the map — as most animals aren’t found within named locations. Secondly, there will be about two to three boars scattered in the locations listed below, and each supplies about 10 damage every time they successfully ram into you. Boars also have a total of 100 HP you’ll need to resolve to earn their dropped goods.

Speaking of drops, after taking a boar out, the animal will leave behind two pieces of meat and two mushrooms. The meat can be used to increase your HP, as each mushroom lends 5 additional shield points. Here’s where boars are most populated in Fortnite Chapter 3 Season 1.

Related: What does the Crown mean in Fortnite?