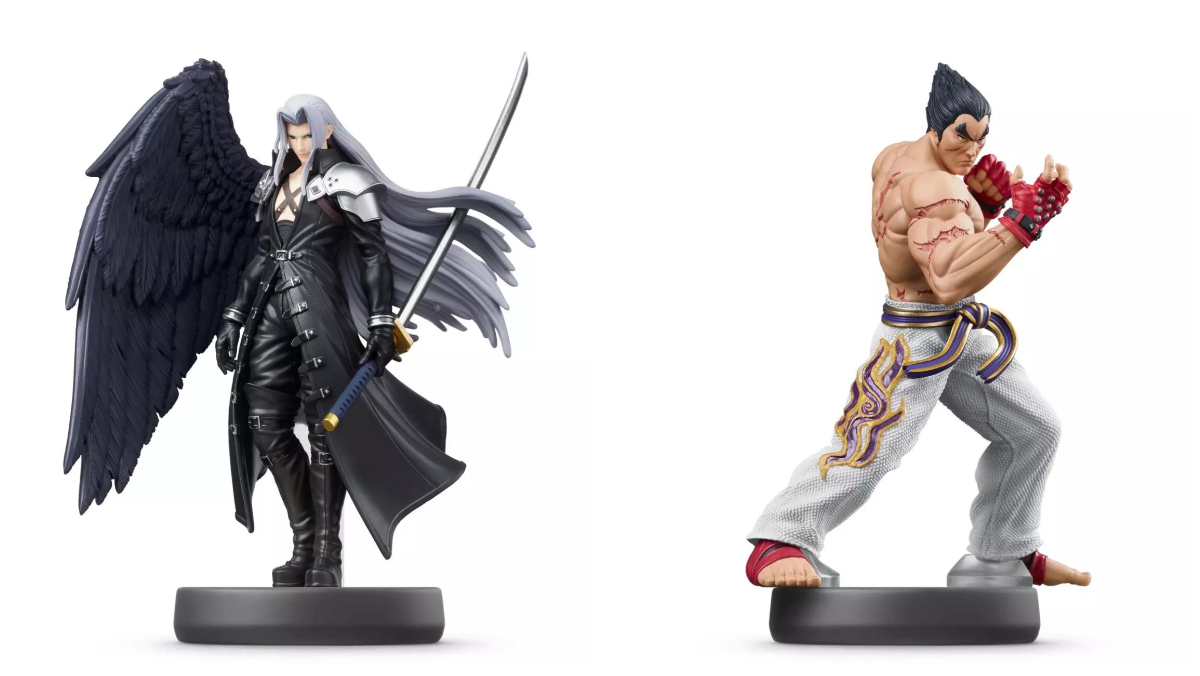 The Super Smash Bros. Ultimate amiibo line is near its end. Nintendo has shared the first images of amiibo based on Kazuya, Sephiroth, Pyra, and Mythra, four of the last five remaining characters on the roster that do not have an amiibo. Pyra’s and Mythra’s amiibo will release together in one packaging, which has no release date. Kazuya and Sephiroth are sold separately and will release on January 13, 2023. If you’d like, you can pre-order both amiibo right now.

Related: All Amiibo rewards in Splatoon 3 – All compatible Amiibo

Where will Kazuya and Sephiroth amiibos be sold?

What is amiibo used for in Super Smash Bros. Ultimate?

You can scan an amiibo on your Nintendo Switch controller and a customizable AI will appear in Super Smash Bros. Ultimate. The AI will be the character you scan and will play with you during Smash matches. The AI will copy your battle techniques, playing how you would tend to play. Your special AI will be saved in your amiibo, and you can take it anywhere and scan it in your AI on other Nintendo Switches.

The Super Smash Bros. amiibo can be scanned onto other games, but they usually only offer bonus cosmetic rewards or small in-game items. There are over 80 unique amiibo in the Smash line, with every playable fighter having their own toy, including the DLC characters. Kazuya and Sephiroth were two of the last characters to arrive on Smash Bros. Ultimate. Now, Sora is the last one left without an amiibo.