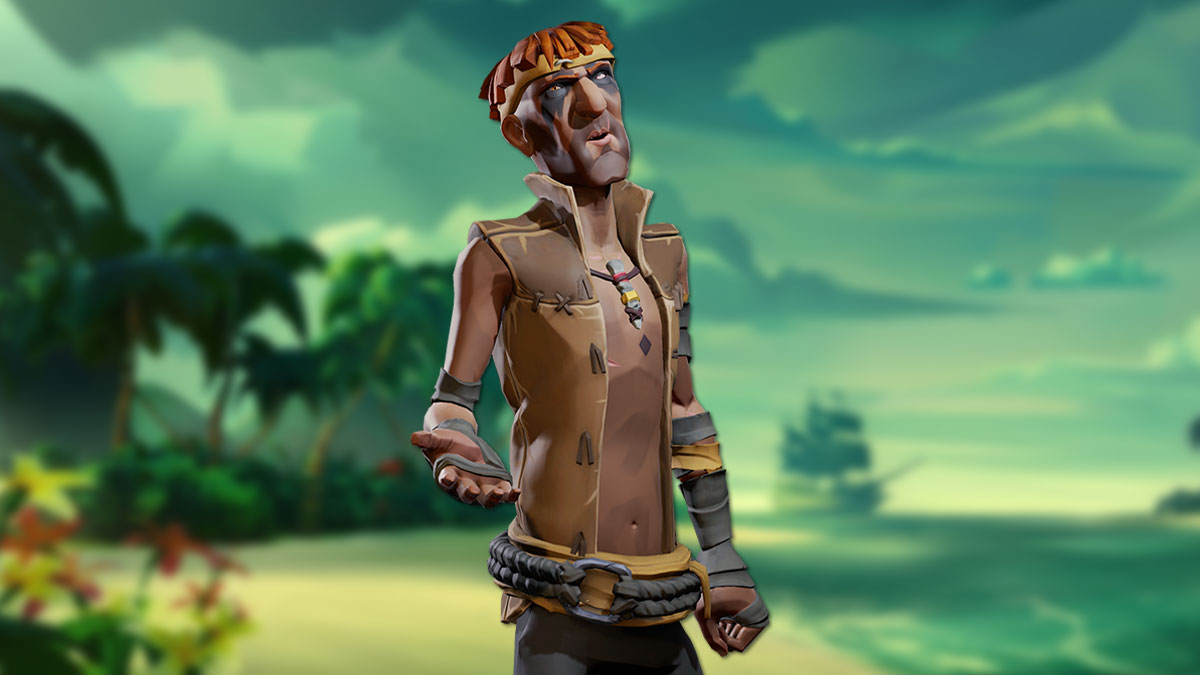 Sea of Thieves has an ocean full of interesting characters, all fulfilling different purposes. Some are shopkeepers, others are faction leaders, and still, others sail the seas and cause trouble for players and their pirate crews. Stitcher Jim is an interesting case, because he seems to have a different scheme every time he pops up.

Related: How to complete all deeds in Sea of Thieves: The Herald of the Flame Adventure

What is Stitcher Jim’s role in Sea of Thieves?

If the ghostly Belle fulfills the archetype of a harbinger, then Stitcher Jim can be categorized as a rogue or scamp. Basically, you know you shouldn’t trust him, but you often find yourself liking him anyway. He’s got charisma — and a soulful singing voice.

Stitcher Jim seems to change allegiances with each big story update or Adventure that Sea of Thieves gets. The game’s prequel novel, Athena’s Fortune, makes him out to be an experienced pirate. He once served on Rathbone the Gold Hoarder’s crew before founding the trading company that sports the same name.

That history is already in place by the time players met him in the Forsaken Shores update. That introduced the Devil’s Roar region, where Stitcher Jim once sailed long ago. He attempted to steal the Box of Wondrous secrets from Grace Morrow, eventually winding up marooned. This is when he began changing allegiances for whoever would support him (usually with ulterior motives). After being rescued, he joined the Bilge Rats, even filling in as the company’s main representative. That didn’t last long, though: Forsaken Shores ended with him leaving the group.

Where is Stitcher Jim now?

The Heart of Fire Tall Tale later explained why he’d left. Visiting his hideout in Liar’s Backbone, players could discover that he decided to lend his loyalty to the infamous Captain Flameheart. Even his time with the Bilge Rats was part of this plan. Ultimately, he wound up being burned by Flameheart himself, getting a taste of his own medicine.

The latest Adventure to feature Stitcher Jim is The Herald of Flame, and that’s where the results of the scuffle with Flameheart are shown. The titular herald is Jim himself, as he’s become an Ashen Lord after being cursed. The man has been through a lot, and as powerful as he currently is, it still may not be the last we see of him.