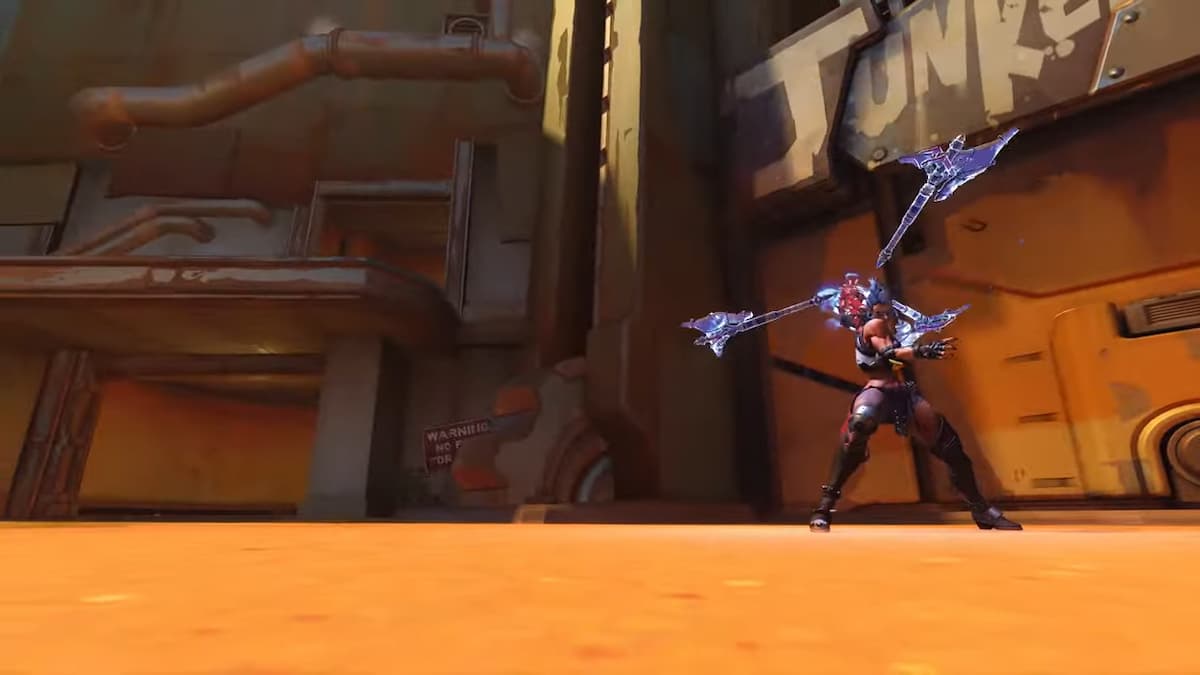 Junker Queen is finally a playable hero in Overwatch 2, years after the community began clamoring for her when the map Junkertown came to the first game. We know her to be a tried and tested survivor, living in the Australian wasteland before returning to her home and claiming the Junkertown thrown for herself in arena combat.

Overwatch is well known for having great voice work done for all of its heroes, and we expect the same to be true with this down-under royalty. Here is the voice actress for Junker Queen in Overwatch 2 and everything we know about her.

Related: Who are the hero voice actors in Overwatch 2? Full voice cast listing

Who voices Junker Queen in Overwatch 2?

While the original voice for Junker Queen when she would speak into the intercom on the Junkertown map was Siho Ellsmore, the actual voice for the hero in Overwatch 2 has been changed. Now Junker Queen is voiced by another Australian actress, Leah de Niese, as confirmed by the Lead Narrative Designer and Writer for Overwatch 2, Gavin Jurgens-Fyhrie.

Looking at Leah’s IMDB page shows that Junker Queen is the first video game role she has landed; not too bad getting into a big game like Overwatch 2. She has been a regular in many television series since the 1990s when she was seven years old. Her previous work includes Neighbours, Short Cuts, Offspring, House Husbands, and Twentysomething. She is supposedly very good with accents, which is on full display in her work as Junker Queen.

Overwatch 2 is set to launch into early access on October 4. Junker Queen will be joined by a few other new heroes, as well as the Overwatch characters you already know and love.