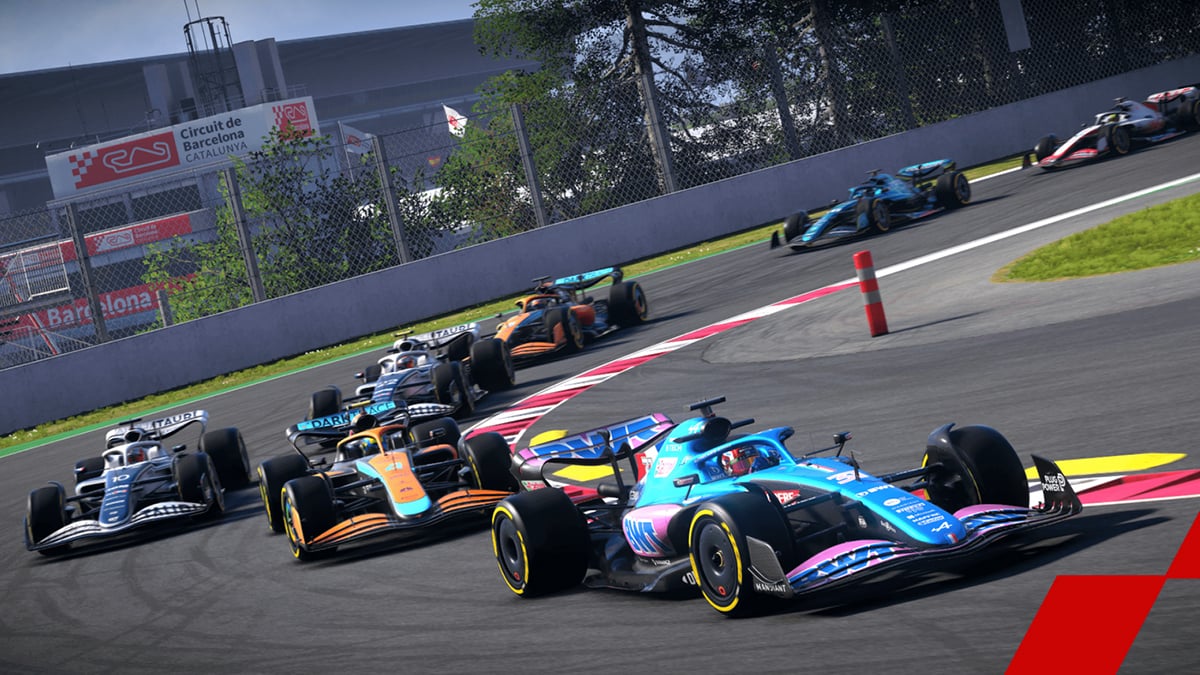 The F1 series has been racing around for more than 20 years now, though F1 22 is the first one under the EA banner. Since 2000, the games have received new features with every entry. You might be wondering then if F1 22 will have VR support. Read on to find out.

For the first time in F1 game history, this year’s game will include VR support. Note that this is only for the PC version, as the latest developer deep dive video from Codemasters explains. The HTC Vive and Oculus Rift were called out specifically as supported headsets, but given the adaptability of the PC, it’s likely that the Valve Index and Oculus Quest will also work with the game. The elephant in the room here is the PlayStation VR 2 though. As of this time, Codemasters has said nothing about supporting that upcoming headset. Considering F1 22 is launching well ahead of PSVR2, it’s possible the game could receive an update for the headset in the future.

Other new features in F1 22

Virtual reality is one of several new features coming in this year’s F1 game. Adaptive AI is a big one, allowing opponents to increase or decrease in difficulty depending on the player’s driving skills. It can also put a cap on opponents’ speed, keeping the pack together as they race around the tracks.

Another biggie is F1 Life, the game’s social hub. You’ll be able to deck your space out with the cars and furniture you like — and yes, there is an in-game store. F1 Life is also where you’ll manage your game modes, lobbies, and friends lists.

Related: F1 22’s Senior Creative Director on gameplay changes, F1 Life, and the future of the franchise in the U.S. – Interview

All of that stuff isn’t far away: F1 22’s release date is Friday, July 1. The racing game will launch on PlayStation 5, PlayStation 4, Xbox Series X/S, Xbox One, and PC. Those who pre-order and purchase the game’s Champions Edition can start their engines three days early, on Tuesday, June 28.