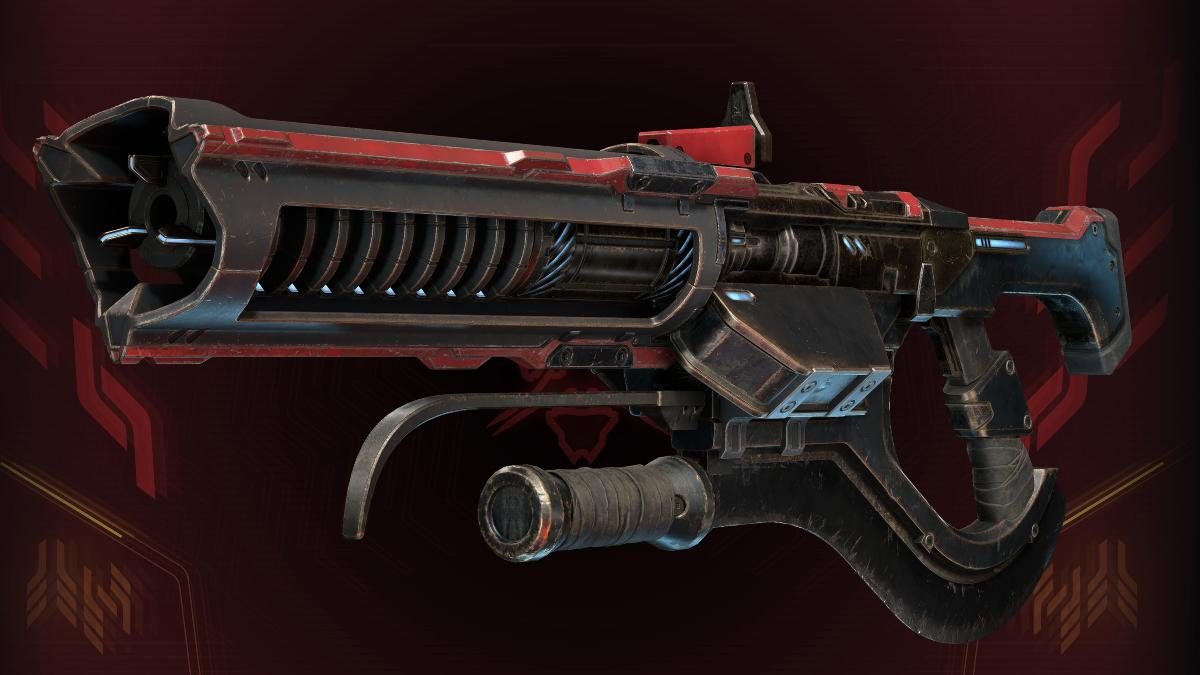 In an early look leading up to Halo Infinite’s second multiplayer technical preview, 343 Industries gave players a demonstration of the new Shock Rifle in action. The directed-energy weapon has not been featured in any other Halo game thus far, though it did appear in the 2020 Halo: Shadows of Reach novel set after the events of Halo 5: Guardians.

343 community director Brian Jarrard and senior multiplayer designer David Ellis showcased the Shock Rifle in the Weapon Drills mode during a September 22 livestream that was later uploaded to the Halo YouTube channel. While the two fired electrolasers down range against a slew of moving Bots, Ellis provided insight on how to use the Shock Rifle effectively. “If you get enemies close enough together, you can actually arc the damage, and it’ll damage multiple people,” Ellis explained as blue lighting jumped from one opponent to the next.

Another piece of advice Ellis wants players to know, “If you are in multiplayer and you see a group of Spartans, and one person has the Overshield—shoot them first.” According to Ellis, this provides more opportunities to output damage because you can’t arc shots off of dead players, whereas the strongest player can take more shots that will then arc out to others.

The Shock Rifle will not only arc off of players but also off of objects in the world. This includes vehicles, the flag pole in Capture the Flag, and other gameplay objects. Ellis insists, “Especially in BTB…if you can get a really good Shock Rifle shot, you just see it exploding from across the map.” The new Banished weapon will certainly be a versatile tool in the Halo Infinite multiplayer when the game launches later this year.