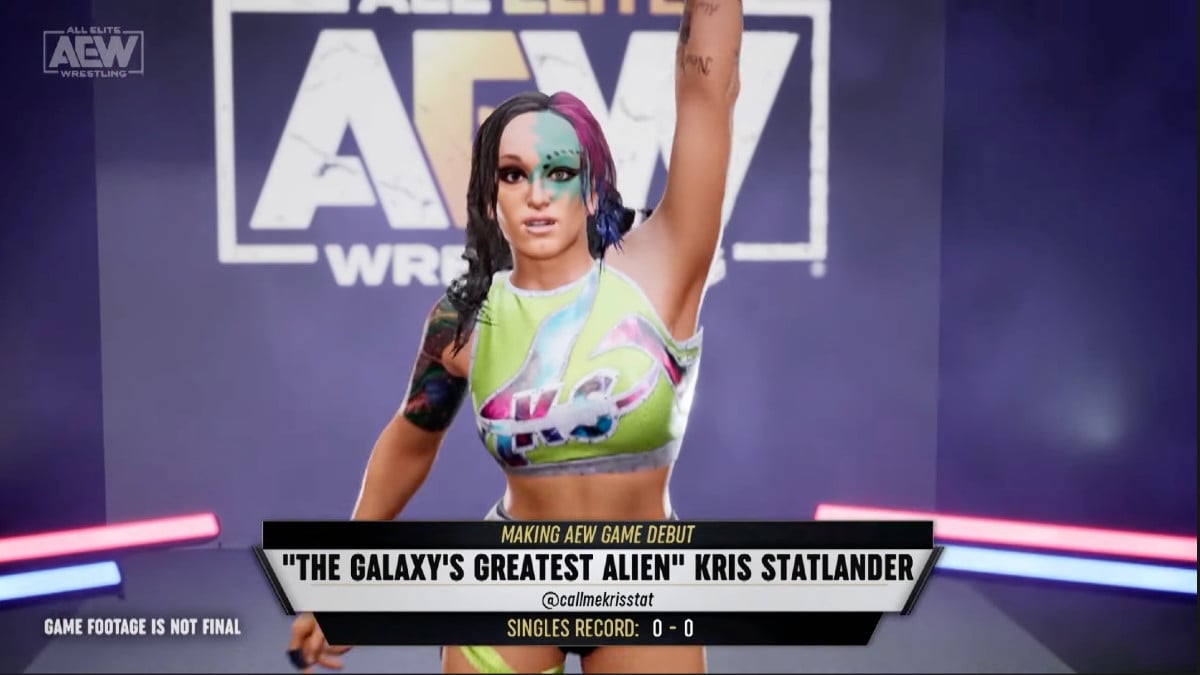 AEW has confirmed that its upcoming video game is officially called AEW Fight Forever and that it’s coming to PC at launch, according to AEW wrestler Evil Uno during an All Elite Arcade stream on AEW Games’ Twitch channel. This is in line with a previous report where AEW CEO Tony Khan name-dropped the game following Dynamite’s broadcast.

The wrestling promotion also showed off footage of the game confirming that AEW women wrestlers, Kris Statlander and Nyla Rose will be in the game. It was also confirmed that AEW referee Aubrey Edwards will be in the game as a part of the developer’s new AI referee system which will allow referees in the game to interact with wrestlers in a more realistic way.

AEW: Fight Forever has been in development since it was announced in 2020 as a collaboration between AEW’s gaming subdivision, AEW Games, and developer Yukes who has 20 years of experience working on WWE games. The upcoming game’s previously confirmed wrestlers include Chris Jericho, Darby Allin, Hikaru Shida, Kenny Omega, Jungle Boy, and Owen Hart.

No official release date for AEW Fight Forever has been announced. It was initially slated for 2023, but a recent report revealed that AEW may be aiming to release the game on PS4, PS5, Xbox One, and Xbox Series X/S (now PC too) this September.