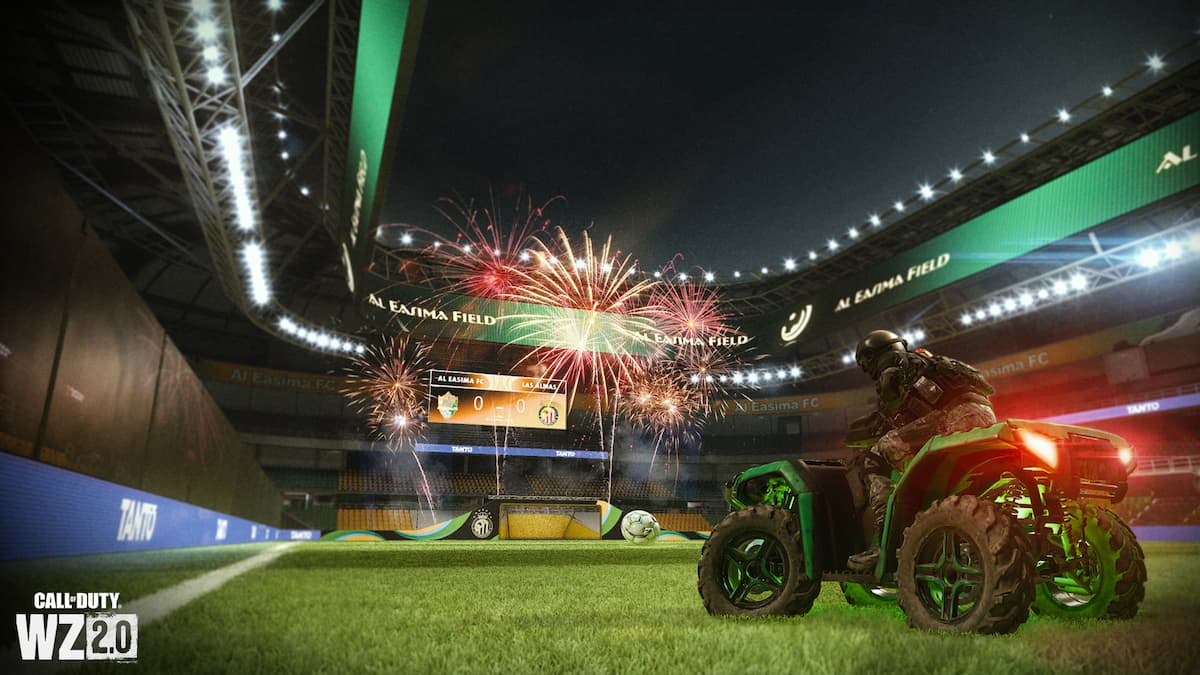 Call of Duty is continuing its tradition of providing mid-season content updates with Modern Warfare 2 and Warzone 2.0’s Season 1 Reloaded, bringing additional features in and outside of gameplay. Developer Infinity Ward has previously revealed the first Raid would come alongside it, but now multiplayer fans can also look forward to the inclusion of an in-depth stat tracking menu. As for Warzone 2.0, the battle royale digs even deeper into its soccer festivities with a World Cup mode full of four-wheelers.

Arriving on December 14, Season 1 Reloaded looks to celebrate both the holiday season and the ongoing 2022 FIFA World Cup. Upon its launch, battle royale fans will discover the limited-time Warzone Cup. It is a three versus three mode set inside a stadium and tasks players with netting soccer balls into nets with nothing but ATVs and Shock Sticks. Those in DMZ may also spot the update’s brand new area on Al-Mazrah, Building 21. Although the developer has stated that its location is a secret, Building 21 is said to be a laboratory with valuable weapons Blueprints to steal.

On the multiplayer front, Raids will seemingly be about more than just completing a high-stakes mission. Players journeying through its first episode will be able to partake in side quests to unlock free cosmetics and finishing this initial Raid will grant all players the new Gaz Operator. The Operator can then be used on its assortment of standard maps, such as the incoming Shipment. This certainly is not the first time longtime players have seen the location, as it appeared in 2019’s Modern Warfare. Though, a holiday version of Shipment will also be accompanying the fan-favorite map.

Another late addition brought by Season 1 Reloaded is the implementation of Combat Records. The menu will be available in both Modern Warfare 2 and Warzone, allowing gunners to see their total amount of eliminations, best performances, and most used items — but with a small wrinkle. Upon its arrival, progress made before the update will not be included, meaning the slate of stats for new and current players will be entirely wiped clean. It is not clear what patches or buffs will come of the update, though it may finally bring an end to the infamous C-Hopping ability.