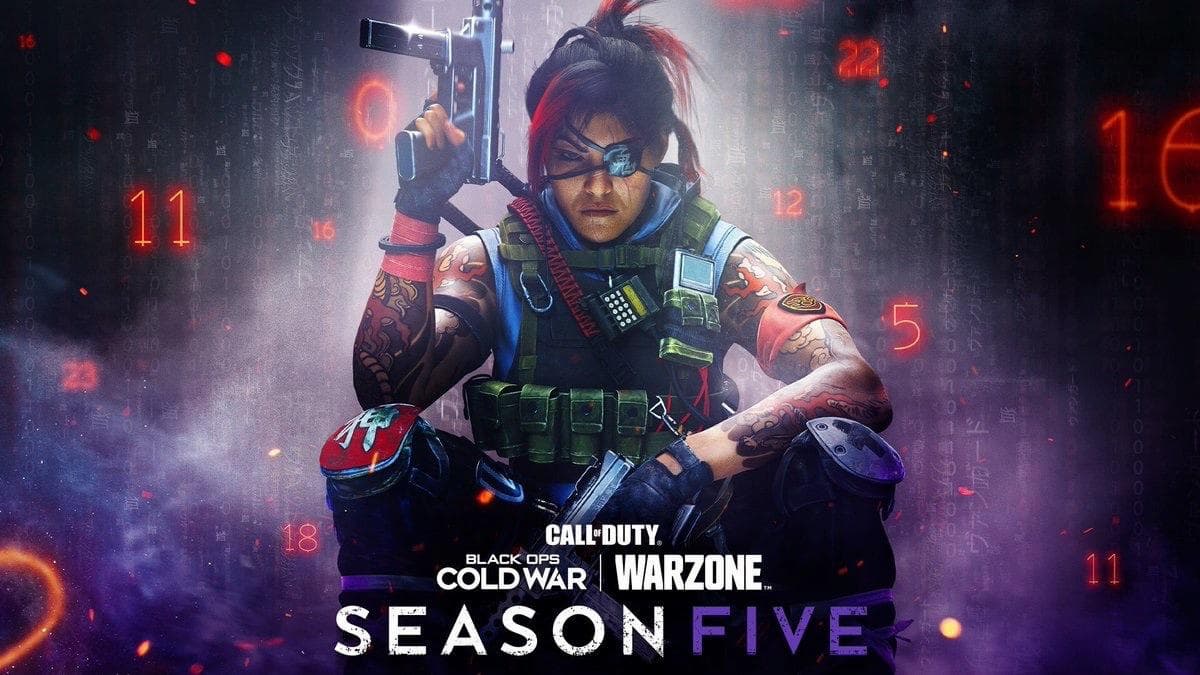 With Call of Duty: Black Ops Cold War’s Season 4 refresh still fresh, the Call of Duty community got a big surprise: the details for Season 5 of Cold War and Warzone have been leaked, according to Reddit user Nanikos and the notorious leaker crew The Cheeseburger Boys. While it’s possible that the leak is fraudulent, The Cheeseburger Boys have produced reliable information in the past, and their Twitter account was taken down not long after the leaks went viral, so our guess is that they’re on to something. The information comes with a seemingly legitimate piece of key art for the season.

The leak suggests a Japanese theme including a new operator named Kitsune, apparently depicted in the key art. Also mentioned in the report by Nanikos was the Tec-9 SMG, new to the franchise, along with two operators named Kingsley and Surge — the names could possibly just be codenames, as Nanikos points out.

The report also claims that a new region will be added to Outbreak Zombies mode named Weather Station, which would include the classic Black Ops map Summit. A standalone Summit map would also be a traditional 6v6 multiplayer map. However, Nanikos was unsure if Weather Station would be Season 5 additions or would come in a future season instead. Finally, the Reddit post report references the PhD Flopper and Double Tap perks as possible additions to Zombies for Season 5.

Meanwhile, the Call of Duty community as a whole is bracing for a reveal trailer and release date of the next Call of Duty, reportedly titled Vanguard, to come out through Warzone during Season 5.