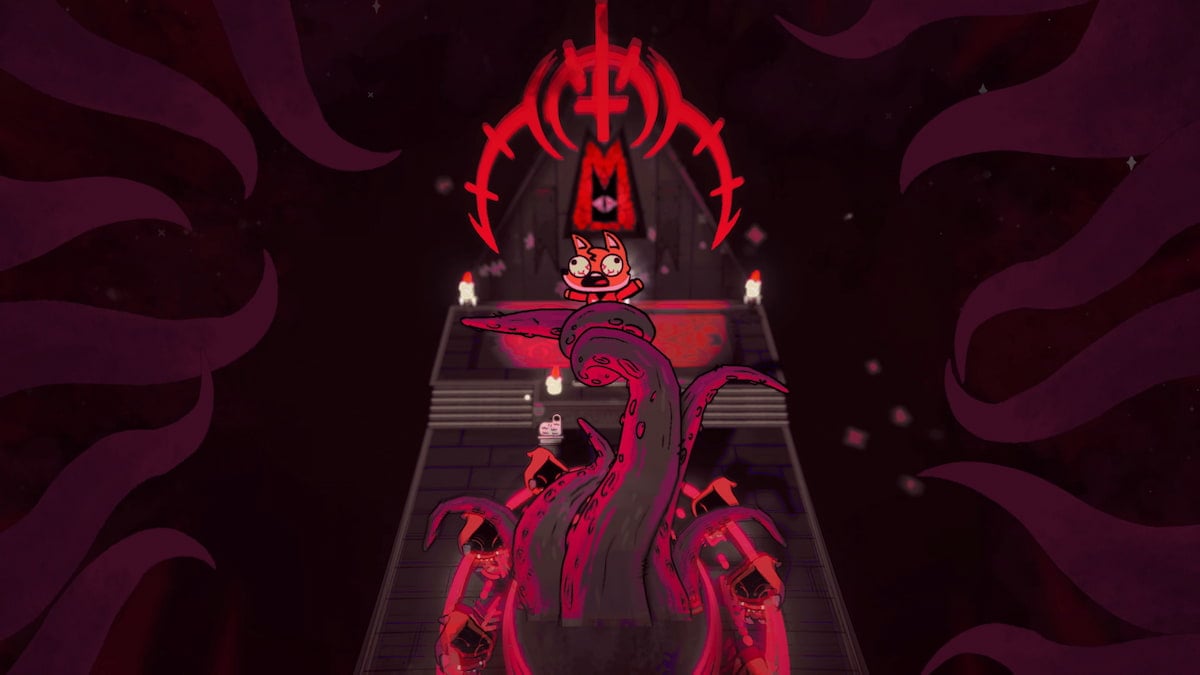 If you’ve ever wanted to be the head of your own cult, you can become one in Cult of the Lamb, where you’ll be starting a cult in what looks like a twisted Nintendo game. Revealed at Gamescom 2021, Cult of the Lamb is being developed by Massive Monster and published by Devolver Digital.

Players will be playing as a possessed lamb who was saved from their final moments by a stranger. However, because lamb was saved, they must now repay the debt to the demonic entity by creating a following that worships the lamb, empowering the now possessed being.

The village worshipping players will be able to build structures to show their worship to appease the dark gods from resources gathered by exploring the world and develop their faith, spreading it to others to empower their cult. While the village is worshiping the lamb, the players will be attempting to battle against non-believers in a procedurally generated world where hordes of monsters fight against the lamb to protect their dark, false overlord.

Beyond those small details about it, and a gameplay trailer, we don’t know too much about it. The game looks like a bloody, dark adventure full of difficult bosses. We imagine that it’s going to feel a bit like Dead Cells mixed with Zelda.

Cult of the Lamb releases sometime in 2022.