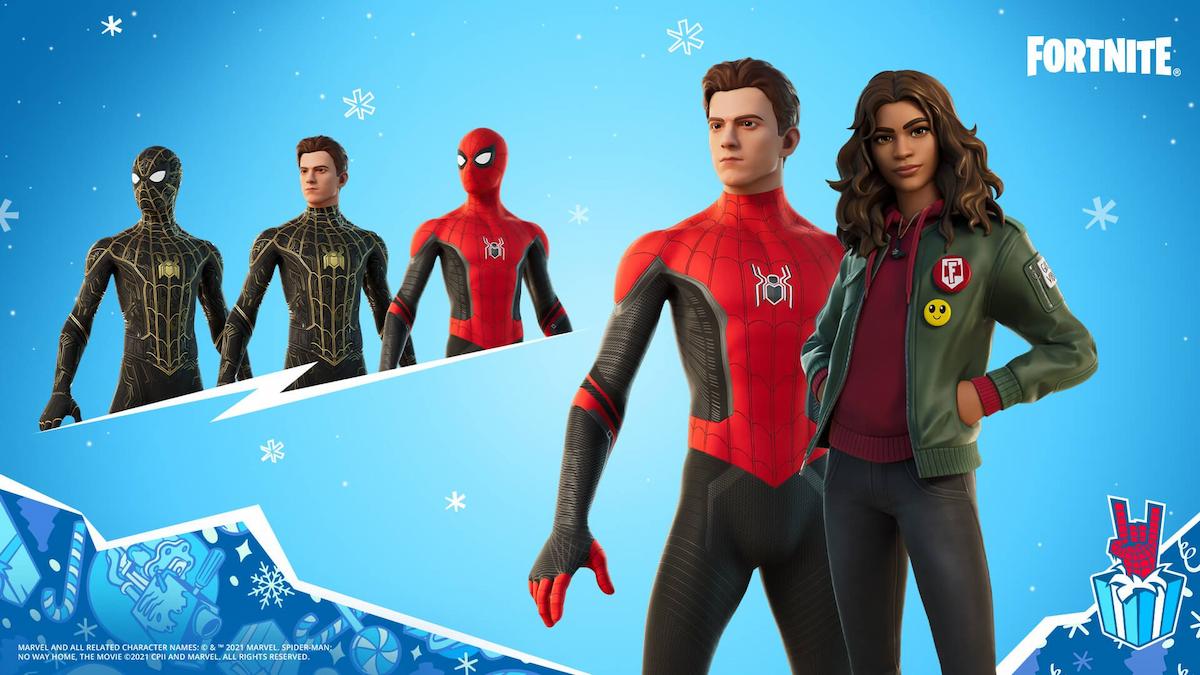 Multiple Fortnite dataminers discovered unreleased cosmetics on Thursday inspired by the newly-released film, Spider-Man: No Way Home. Epic previously announced the crossover early Thursday morning and stated that the skins would arrive in the item shop on Thursday night, which is the same night the film debuts in theaters in the United States.

ShiinaBR shared images of the datamined content, offering an in-depth look at the crossover’s contents. Their findings included some back bling, a spider-themed harvesting tool, multiple variants of Tom Holland’s Spider-Man, as well as a new skin modeled after Zendaya’s character of MJ in the Marvel Cinematic Universe. Dataminer iFireMonkey also unveiled a new emote that would be included with the update: Amazing Unmasking.

The cosmetics were datamined following Fortnite’s Winterfest update, which held a wealth of information pertaining to multiple upcoming crossovers planned for the battle royale. A crossover with Cobra Kai, alongside more details on the Matrix crossover, was also leaked following the update.

Spider-Man has played a pretty big role in Fortnite’s third chapter so far. The superhero was one of the new chapter’s headlining characters and you can even wield his web-shooters in-game. Epic previously teased during Chapter 3’s launch to expect “new Spideys,” alongside some of his allies and adversaries, to arrive throughout Season 1. The company looks to be delivering on that so far with these cosmetics.