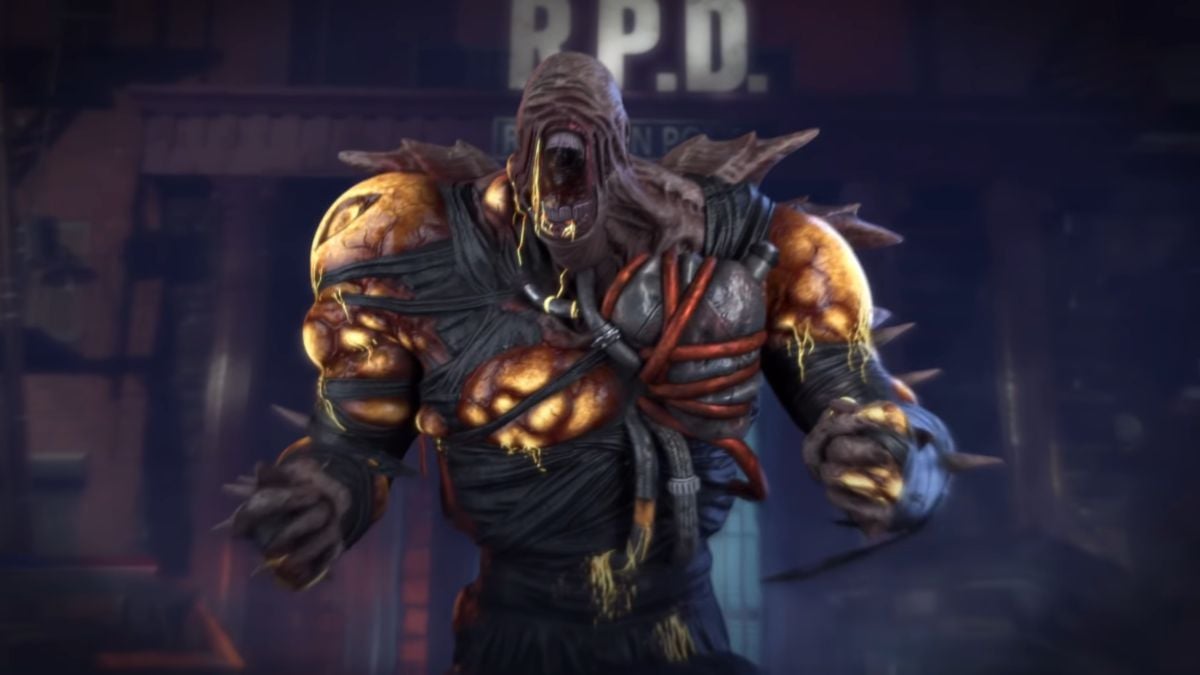 Nemesis is getting a brand new make-over in Dead by Daylight just in time for Holloween. The hulking monster has received a new Blight Set skin back that is similar to the Pyramid Head skin that was also released for the spooky season.

The Nemesis Blight Set has the bio-monster wearing a black robe while yellow bulges cover his deformed body. The lore behind the Blight skin is that Nemesis has both the Putrid serum and the Ne-a Type parasite within him, evolving his body to look like that.

The Nemesis Blight Set is a Very Rare costume set that is available in the in-game store right now. It’s part of the Resident Evil Collection, which includes the Blight Set, as well as two outfits and two Legendary sets for the playable survivors from Resident Evil.

Jill Valentine and Leon S. Kennedy were the two survivors included with Nemesis back on June 15. The two Legendary sets from the Collection are alternate skins that make Jill and Leon look like Claire and Chris Redfield respectively. The two outfits from the Collection are the Very Rare Persistent Investigator Set, which has Jill in her original Resident Evil 3 clothes (not the remake), and the Very Rare Impervious Agent Set, which has Leon in the outfit he wears at the beginning of Resident Evil 4.