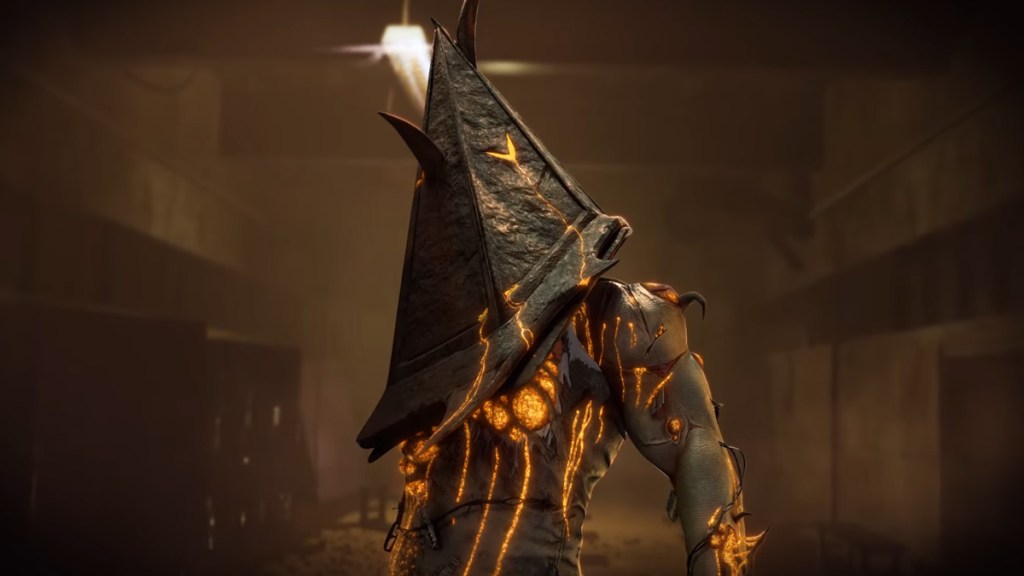 It might be spooky season, but Dead by Daylight doesn’t need a special occasion to add new killer characters. It’s one of the best multiplayer horror games, after all. Regardless, Silent Hill’s lumbering, knife-wielding Pyramid Head is getting a new look for the asynchronous survival game.

The new Pyramid Head Blight set gives the killer a juiced-up look, thanks to “a searing dose of putrid serum [injected] into his system,” according to the official announcement. He can face his traditional prey in this game as well: the James Sutherland set has been added as a skin for survivor Cheryl Mason, letting you recreate the iconic clash from Silent Hill 2. The new trailer gives us a look at Blight Pyramid Head and James in action.

Silent Hill content made its debut in Dead by Daylight roughly a year and a half ago, with Silent Hill 3 protagonist Cheryl Mason confronting Pyramid Head on a foggy map based on the classic horror games. Additional skins for Cheryl include Alessa Gillespie from the original Silent Hill, as well as Lisa Garland and Cybil Bennett from Shattered Memories.

Dead by Daylight is celebrating Halloween with more than these Silent Hill skins. A new original survivor named Mikaela, who seems to be some sort of magician, is joining the roster. Hellraiser’s Pinhead was also recently added as a playable killer.