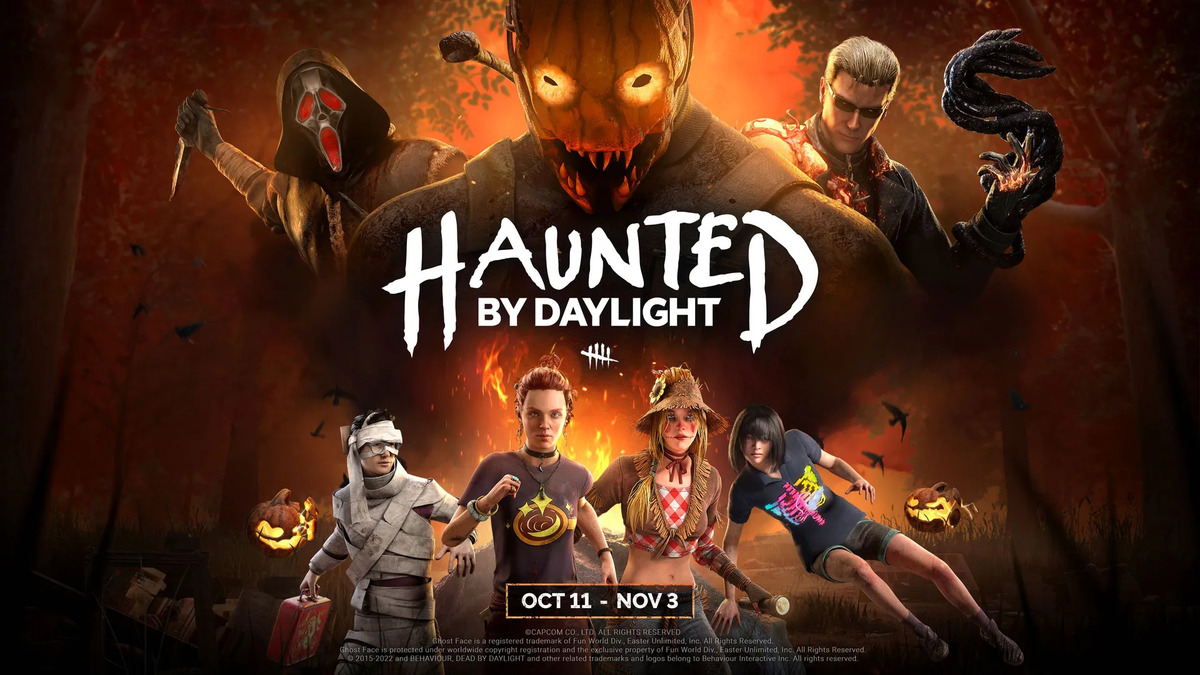 Spooky season is finally here and as expected, Dead by Daylight has finally released the reveal trailer for its upcoming Halloween event called Haunted by Daylight. According to the official preview released on YouTube, the event will begin on October 11 and that launch will be marked with new purchasable cosmetics for Survivors, dubbed The Tricks and Treats collection, along with additions to the Hallowed Blight collection, which include unique looks for both The Oni and Albert Wesker.

These store inclusions will then be followed up by the inclusion of Tome 13 on October 12, titled Malevolence. Progression through the free track will earn players community-designed outfits for The Artist and Yui Kimura. There will also be a premium track, which will be available by unlocking the Rift Pass. Rewards for completing challenges on this route include skins for Mikaela Reid and The Ghostface.

Most importantly, new in-game mechanics will be featured in Dead by Daylight on October 13, with the event fittingly named Haunted by Daylight. Repairing generators throughout the duration of the event will allow players to collect Void Energy, which can be deposited in rifts scattered throughout the map and used to earn rewards, such as shirts with a skeletal motif for Survivors and candy-themed weapons for Killers.

A special event tome will also be added that will feature unique personal and community-based challenges. Accomplishing these challenges will not only unlock Halloween-style charms but also a unique Scarecrow outfit for Kate Denson and a Swamp Creature skin for The Hag.

Last but not least, Behaviour Interactive’s reveal trailer has also announced that Dead by Daylight will be free to play over the course of the Halloween weekend, allowing more players to join in the festivities.

Dead by Daylight’s 2021 Halloween event, dubbed The Midnight Grove, began on October 21 and lasted until November 11. The time frame for this year’s edition is slightly longer as it begins on October 11 and ends on November 3.