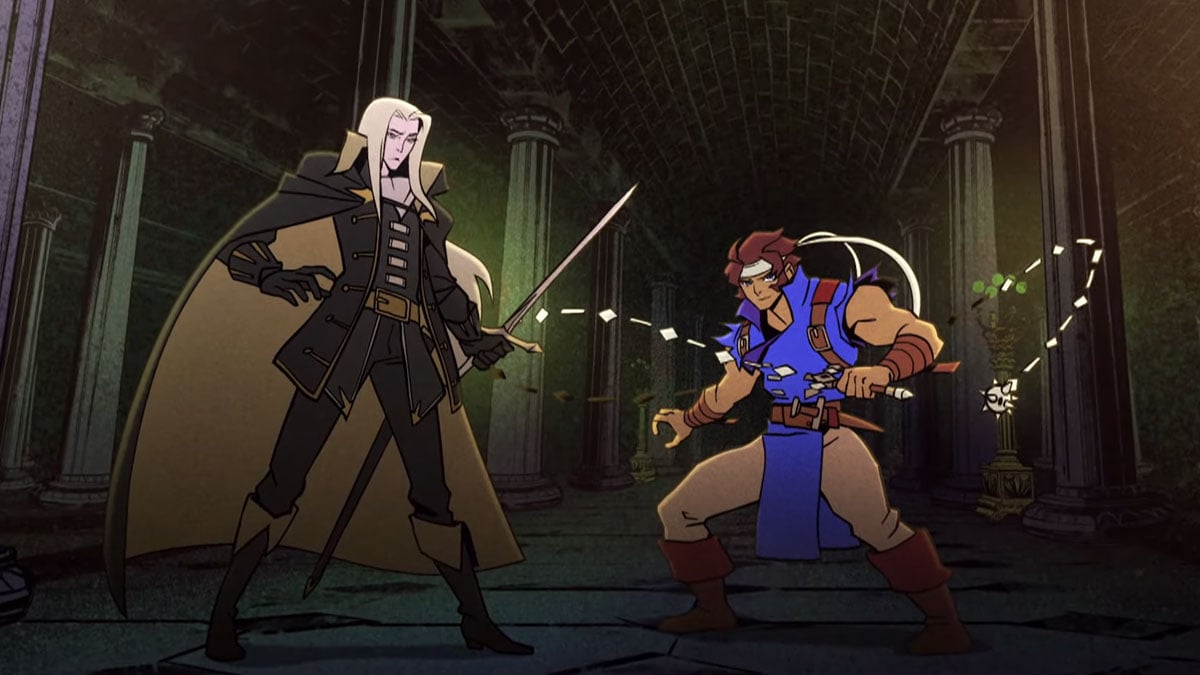 Dead Cells is no stranger to crossover content, but the next one seems like a match made in heaven. Or maybe it’s hell. Either way, the next Dead Cells DLC will finally reach into the world of Castlevania.

Return to Castlevania is the expansion’s name, and you can imagine what it entails based on that name alone. For those who want to see the crossover in action, there’s a sweet animated trailer to get you hyped. Richter Belmont and Alucard will join up with our intrepid Beheaded to battle Dracula in his castle, which should make for a particularly exciting biome.

Aesthetically speaking, this DLC is a perfect match for Dead Cells. Castlevania was one of the main inspirations behind the indie blockbuster, and many of those Metroidvania elements are present in Dead Cells. Busting through fragile floors and climbing up walls like a spider are the exact kinds of abilities you’d expect to see in games in that genre.

As for the release date and pricing, that’s less definite at this point. Return to Castlevania will come to Dead Cells sometime in early 2023, which leaves a bit of a window. Dead Cells’ paid DLCs have been $4.99 / £4.49 a pop, but don’t be surprised if this one costs a little more. This will be the game’s largest expansion to date, letting players explore Dracula’s castle and battle his forces with all sorts of weapons straight out of the classic series.

Ongoing support has been the mission statement of developer Motion Twin, as evidenced by all the DLC that’s already been made for Dead Cells. The Queen & the Sea was the latest paid expansion, released in January of this year. Since then, the game has gotten a number of smaller updates, adding more accessibility options and a boss rush mode.