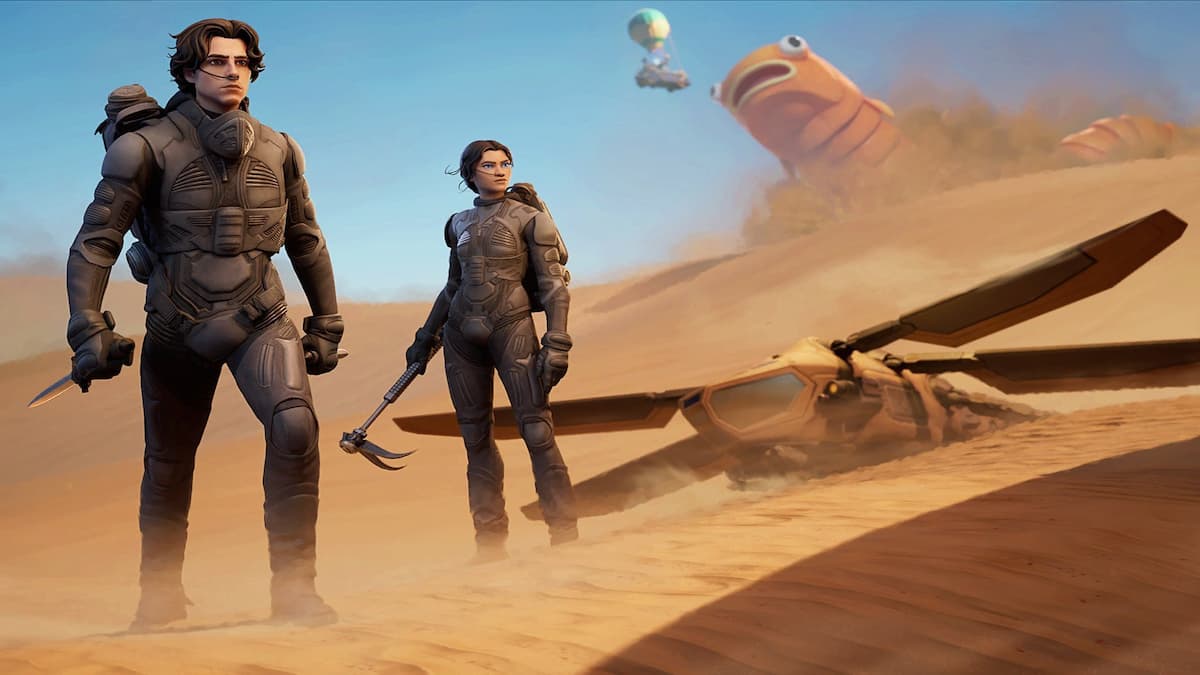 In a leak posted by Fortnite content creator HYPEX, it’s been revealed that content is coming tied into the upcoming release of Dune. It seems that there will be skins based on Timothy Chalamet and Zendaya’s characters, a glider based on the film’s ornithopter, a bug-like helicopter, as well as a couple of weapons such as the twin blades. Also included is a “sand walk” emote and a loading screen.

The skin based on Timothy Chalamet’s character Paul Atreides will also allow you to switch between having a mask on or off, although interestingly that doesn’t seem to be possible with Zendaya’s character Chani.

While the collaboration hasn’t been officially revealed yet, with Dune releasing October 21 we’re sure to see an announcement soon, possibly as early as today. Also unconfirmed is how much everything will cost, but that is sure to come with an official reveal.

Fortnite is obviously known for its frequent collaborations, but it’s interesting to see Dune chosen as part of that. Most commonly you’ll see characters like Thanos or Venom, characters that are much more in tune with comic book culture, whereas Dune is something more low-concept and dense, featuring a unique sci-fi world.

The original Dune was directed by David Lynch, a director known for his unconventional filmmaking style, whereas Dune 2021 has been directed by Denis Villeneuve, who more recently directed Blade Runner 2049. The Fortnite collaboration might point towards Warner Bros. wanting a broader appeal for the world of Dune.