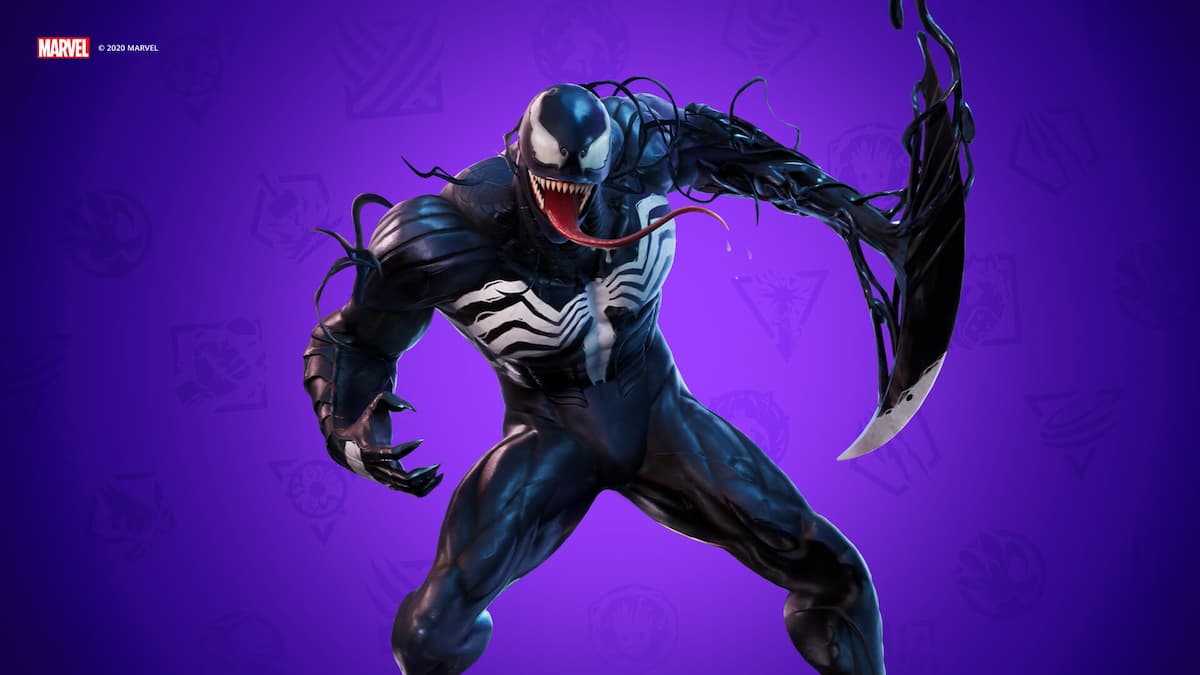 With the recent announcement of Venom: Let There Be Carnage‘s release date circulating the internet, fans have been wondering when the Spider-Man adversary would be making his way onto Epic Games’ wildly popular Fortnite. As is tradition with any Marvel character that is currently in the limelight, it was only a matter of time until the Venom x Fortnite collaboration was set to arrive. Now we finally have confirmation, thanks to a leak from the famous data miner HypeX.

Though Epic has yet to respond to the leak, images have already been revealed, showing not only a Venom symbiote skin that closely resembles the character’s design in the Sony movies, but also a skin of Eddie Brock, portrayed by Tom Hardy. This isn’t the first time that Venom has appeared in Fortnite, however, as last November the character was featured in the game, but with a more comic book-accurate look.

Seeing how the new Let There Be Carnage is set to release within the next couple of weeks, it is likely that this skin will be officially released soon to commemorate the sequel to the 2018 movie. Fortnite has been at the forefront of collaboration for quite a long time now and is showing no signs of slowing down, as they are currently in the middle of their latest team-up event with high-end fashion company Balenciaga.