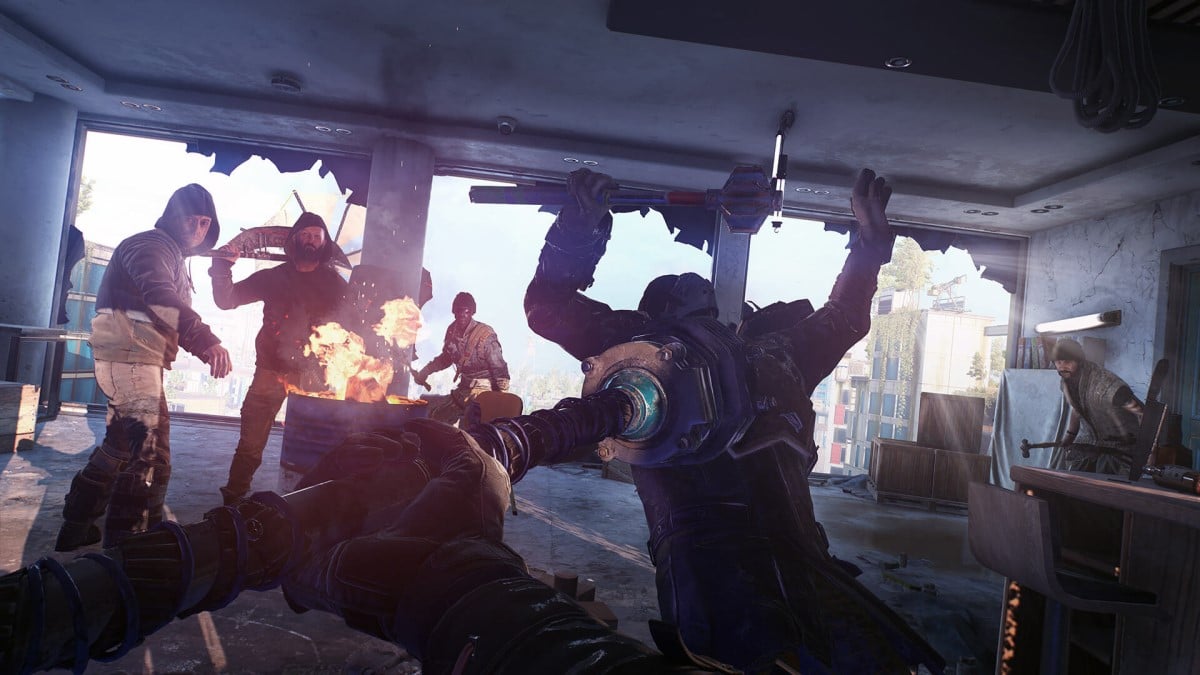 Developer Techland released a special Gamescom edition of its latest episode of the Dying 2 Know series this week. Each of these Dying 2 Know videos covers a few aspects of Dying Light 2 Stay Human, and in this episode, the focus was firmly on parkour and combat. The developers sat down to reveal new information and showcase how the improvements in this sequel will impact gameplay.

First up is parkour and overall character movement. Traversing the world in the original Dying Light is one of the most enjoyable parts of the game, but Techland knew it could be better. So with the sequel, the team set about adding hundreds of new animations to help players have a better feel for the protagonist as they move around the world. These animations blend parkour moves, of which there are now many more, making for a fuller experience as you run and jump from one edge of the map to the other.

Parkour also plays into combat a lot more in this game. For example, you can stun an enemy with a single hit, then leap off them and come down with a final blow to finish them off. Alternatively, you can rebound off of one enemy to attack another, removing opponents from an encounter one by one.

Combat has been further enhanced by a dedicated team in Dying Light 2 Stay Human. A new element called “progressive hit reactions” allows players to chain together attacks and produce different reactions in enemies based on the type of weapon used, how it was used, and even the body part being hit. Professional stunt actors were hired to capture better reactions used in the game to create a more realistic experience.

This episode also covers a few details on the new weapons players can pick up or craft, nearly 200 of them in total, and the environment of the world and how that was built to allow for interesting combat encounters. The game doesn’t launch until later this year, but it’s already shaping up to be a worthy sequel that fans are incredibly excited about.