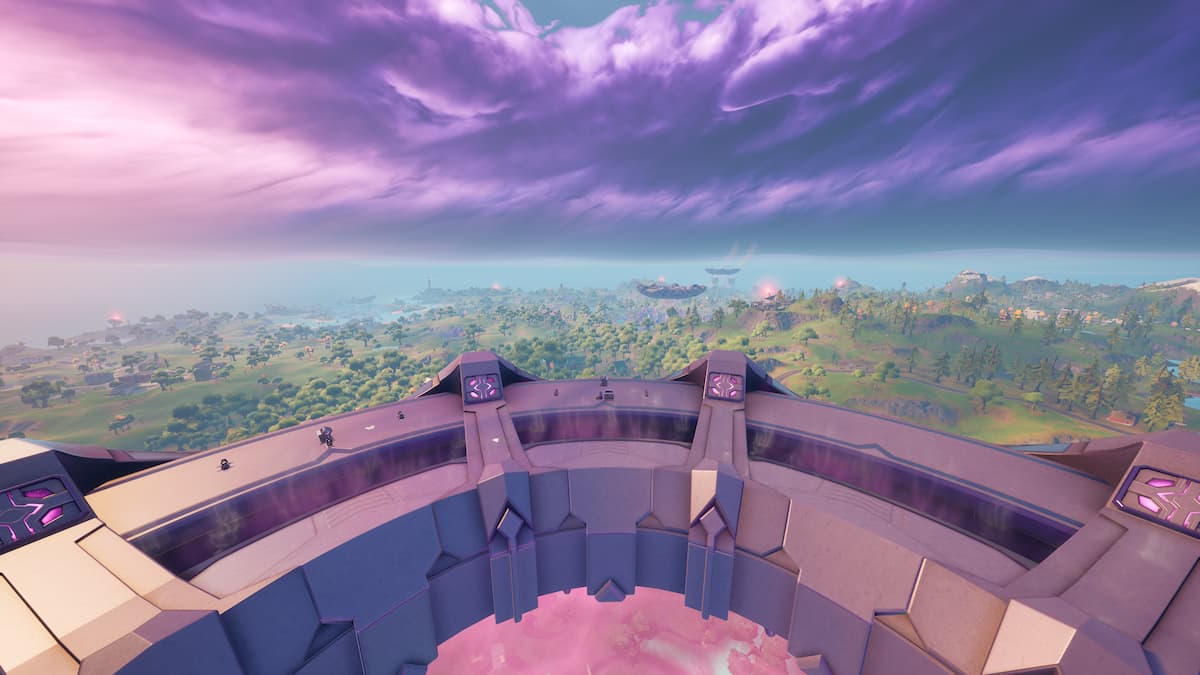 Fortnite’s map has been a little static lately, but it looks like that is about to change and in a dramatic fashion. According to leaks after update 17.12, it would seem that the alien mothership will soon be ripping up huge lumps of the island.

According to leaks from dataminers like Hypex, named locations on the map such as Slurpy Swamp, Coral Castle, and Corny Complex are about to get pulled apart and abducted by the massive alien mothership that is hovering above the island.

EndymionFN, another dataminer, has leaked images of what it could look like when the mothership is hovering over these locations, sucking parts up with the tractor beam. The image below shows an in-game screenshot of what the abduction beam currently looks like, but this is expected to change somewhat between now the upcoming abductions.

The upcoming Point of Interest abductions could very well be tied into the newly arrived countdown timer that is hovering near an alien craft at the center of the map.

It is currently thought that after the areas are abducted, they will be turned into no gravity zones consisting of the strange biomes that currently exist in Holly Hatchery, giving players a way to move between floating, broken lumps of the POIs that will be left after the abductions.

This will be the most dramatic map change that has happened since Season 8 started and will be a welcome facelift for a map that has become all too samey over the course of Chapter 2. We can only hope that some of the changes we are about to see will lead to some permanents alterations to Fortnite’s famous island.