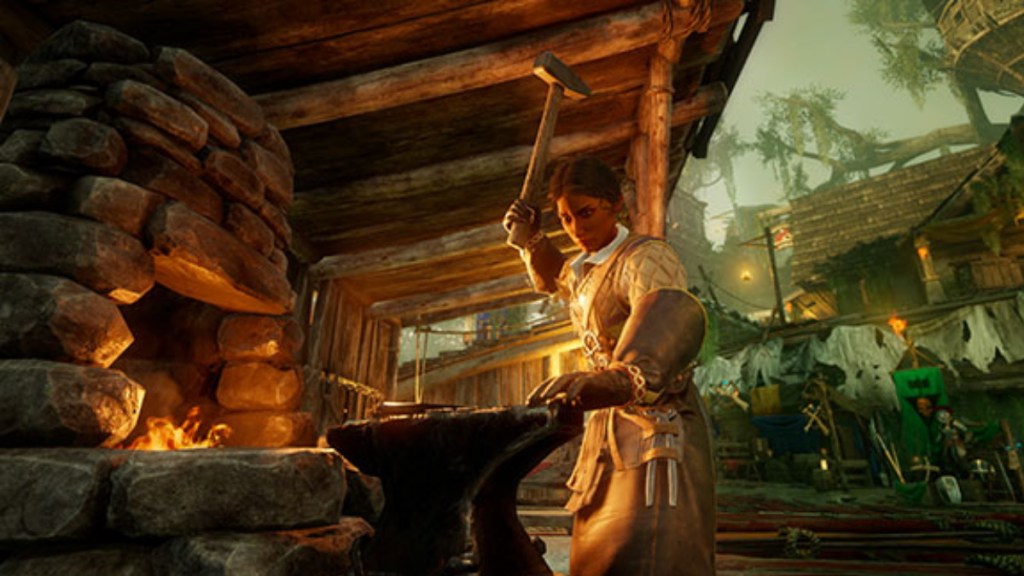 In New World’s latest patch, update 1.0.2, the development team attempts to tackle the number of wars occurring across servers. These wars are large-scale battles, pitting players from opposing factions against one another, with the attacking side attempting to flip a territory. While players might see a reduced number of wars in the future, the most significant thing missing from New World’s latest patch notes is any mention of the current war exploit appearing in multiple battles, causing congested lag and making these battles a one-sided fight.

The amount of influence earned was not mentioned in the patch notes, but players should expect to see it taking much longer to try and flip a territory. This is usually done by meeting an NPC faction leader, accepting PvP in the specific territory the player wishes to flip for their side, and then completing objectives while set to PvP.

The influence gain was reduced for those attempting to flip it and players who want to protect it, so it’s an overall attempt to try and make war battles appear far less often.

However, a big thing missing from the patch notes is any mention of the war exploit making the rounds through New World’s communities. Several players participating in the large-scale 50-on-50 battles have reported the attacking side successfully won a war by lagging the instanced battle by using the massive magical effects of the magic-based weapons. This prevents the defenders from seeing what’s happening, making it nearly impossible to stop attackers from capping points and gaining victory. The weapon most commonly used to take advantage of this exploit is the ice gauntlet.

We reported on this war exploit several days ago and shared a thread on New World’s support page where community players shared and documented this. Since then, several other players have added more videos, and others have shared that most of their side had hard locked and crashed to desktop seconds after the war began.

Hopefully, a fix for this reoccurring event will come from the New World developers soon. The upcoming changes are appreciated and should give players defending a specific territory more time to react and protect what they’ve earned before being attacked by enemy players. The update should go live later today, around 11 AM ET, following the scheduled maintenance.