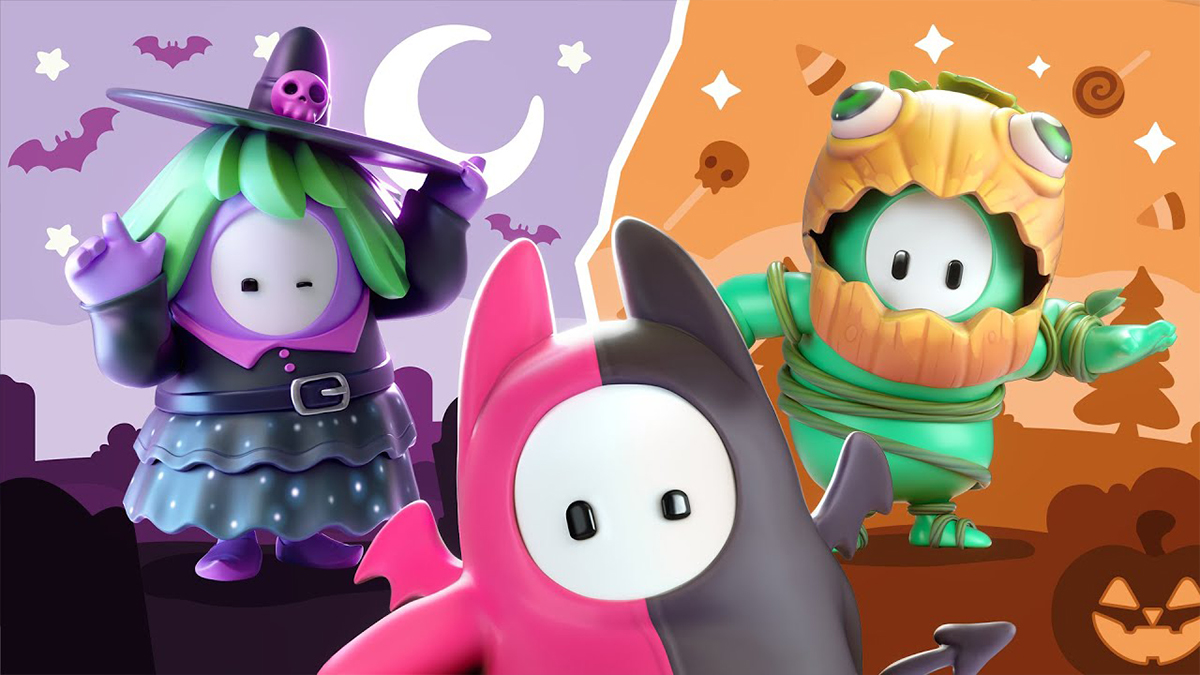 Spooky season is in full swing, and Fall Guys: Ultimate Knockout is entering the arena with its own Halloween event. The perfectly titled Fall-O-Ween brings a pair of special shows, exclusive costumes, and new challenges.

As shown in the new trailer, the Fall-O-Ween event includes two shows: a Trick Show for solo players and a Treat Show for trios. Both shows have associated challenges, like reaching certain rounds, coming in first place during a round, or winning specific games like Egg Scrambler.

All of those will net you points, which unlock the new Fall-O-Ween cosmetics as you accumulate them. Up for grabs are the Hobgoblin color (100 points), 300 kudos (200 points), Jack’o costume bottom (500 points), Jack’o Costume top (700 points), 600 kudos (1400 points), and Fall-O-Ween Master nickname (1800 points). An Imp costume will also be available for purchase, and the top and bottom pieces will cost you 7000 kudos apiece.

Fall-O-Ween kicks off soon: the event will run from October 21 to 31, giving you 10 days to get most of the new treats. The Imp costume, however, will only be in the store from October 21 to 24, so you’re going to have to work a little more quickly if you want it. It’s also worth pointing out that earning all the kudos from the Fall-O-Ween challenges will still leave you quite short of the necessary funds; hopefully, you have some already banked.

Of course, there are plenty of other costumes to snag in Fall Guys if you miss your chance at the Imp. Recently, Super Monkey Ball’s AiAi and Kena: Bridge of Spirits characters were added to the game as new skins. If you’ve already picked those up, then you have a perfect costume to wear while competing in Fall-O-Ween.