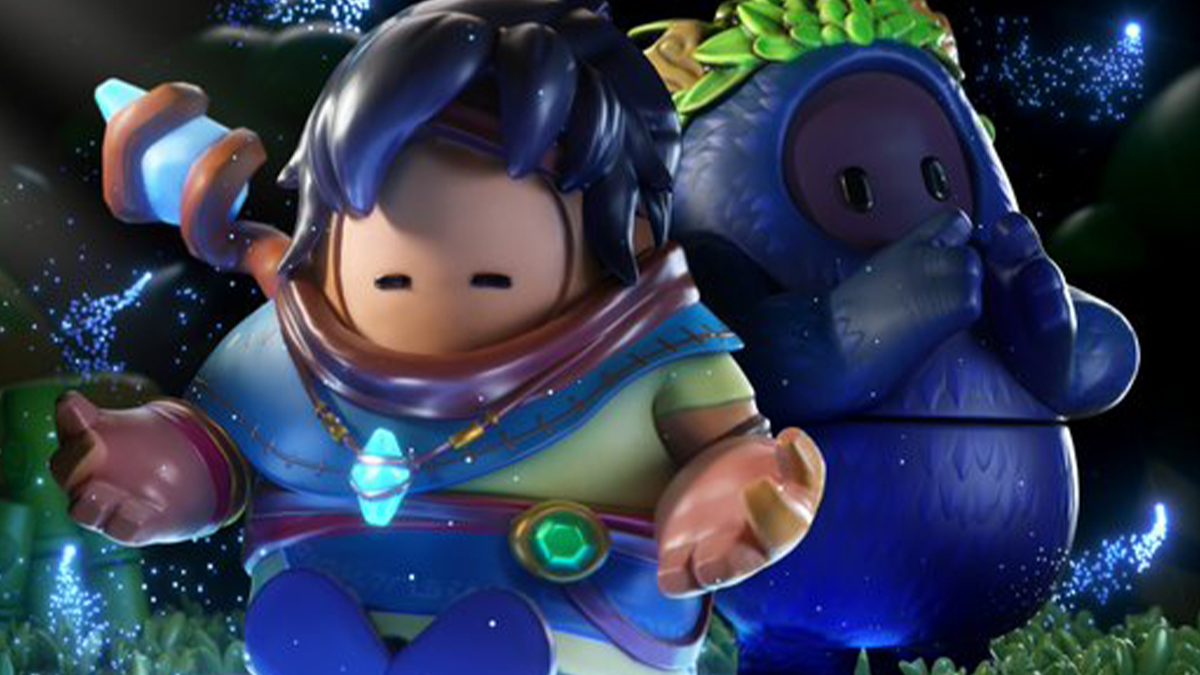 Fall Guys: Ultimate Knockout is no stranger to crossovers, and the latest one is bringing two characters from the upcoming Kena: Bridge of Spirits to the competitive party game. Kena and the Rot are joining the roster on Tuesday, September 21.

The crossover was announced via PlayStation on Twitter, with a nice screenshot of the pair in their Fall Guys get-ups. Kena, a young girl on a mission to restore an abandoned village, is the titular character from the upcoming action-adventure game. The Rot are little fluffy black creatures she finds in the forest on her adventure; collecting them gives her new powers.

This isn’t the first time a PlayStation character has made their way into the Fall Guys roster – Clank from Ratchet & Clank got his own challenge just recently. Other games like Among Us and movies like Tron have also entered the fray. We’re sure to see more crossovers in the future.

As for Kena: Bridge of Spirits itself, that game launches on PC, PS4, and PS5 on Tuesday, September 21, the same day the costumes become available. Standard and Digital Deluxe Editions are available for pre-order now, priced at $39.99 and $49.99, respectively.