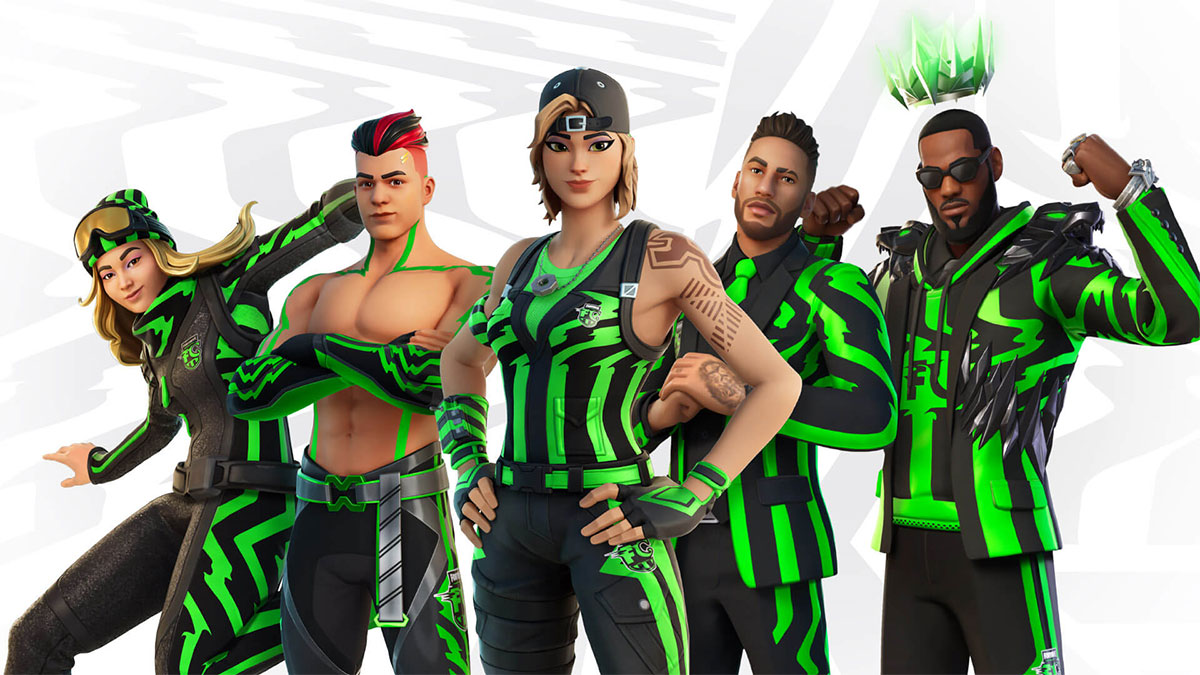 Fortnite is bringing new skins and outfits to its battle royale experience on a constant basis. In fact, this isn’t even the first time we’ve seen soccer-themed costumes added to the game. Since the 2022 World Cup is still ongoing in Qatar though, Epic Games is taking the opportunity to release more soccer gear.

As announced on the Fortnite blog, the Fortnite Football Club will be active as of 7 PM ET / 4 PM PT on December 1. The club’s offerings consist of five soccer uniforms for some current in-game icons: Chloe Kim, LeBron James, Neymar Jr, Sparkplug, and TheGrefg. Only one of those is an actual soccer player of course, but the whole squad gets the lime green uniforms you see at the top of this article. Those colors are changeable if you prefer a different look: you can set them to be red, purple, yellow, black, gray, or light gray as well. They also come in two styles, which are, appropriately enough, a home and an away kit. Additionally, there’s an FFC Souvenir Backpack, a new piece of back bling styled in the same way as the uniforms.

You can rock the new football club look in any mode, but there’s a special island to visit as part of the new promo. Fortnite FC Academy, created by Alliance Studios, is full of soccer-themed challenges. Win three matches there, and you’ll earn a Football Tag spray for your efforts. The Fortnite FC Academy island code is 0992-0392-5815 for anyone interested.

Of course, this is far from the first time Fortnite has offered fresh football/soccer stuff to fans. Soccer skins and a Pelé emote were added at the start of 2021, and most recently, Epic Games created a lineup of outfits called the Let Them Know Set. The customizable jersey colors were actually a sly way to promote LGBT rights during the World Cup in Qatar — the host country is not known for treating its queer community well, to put things very mildly.