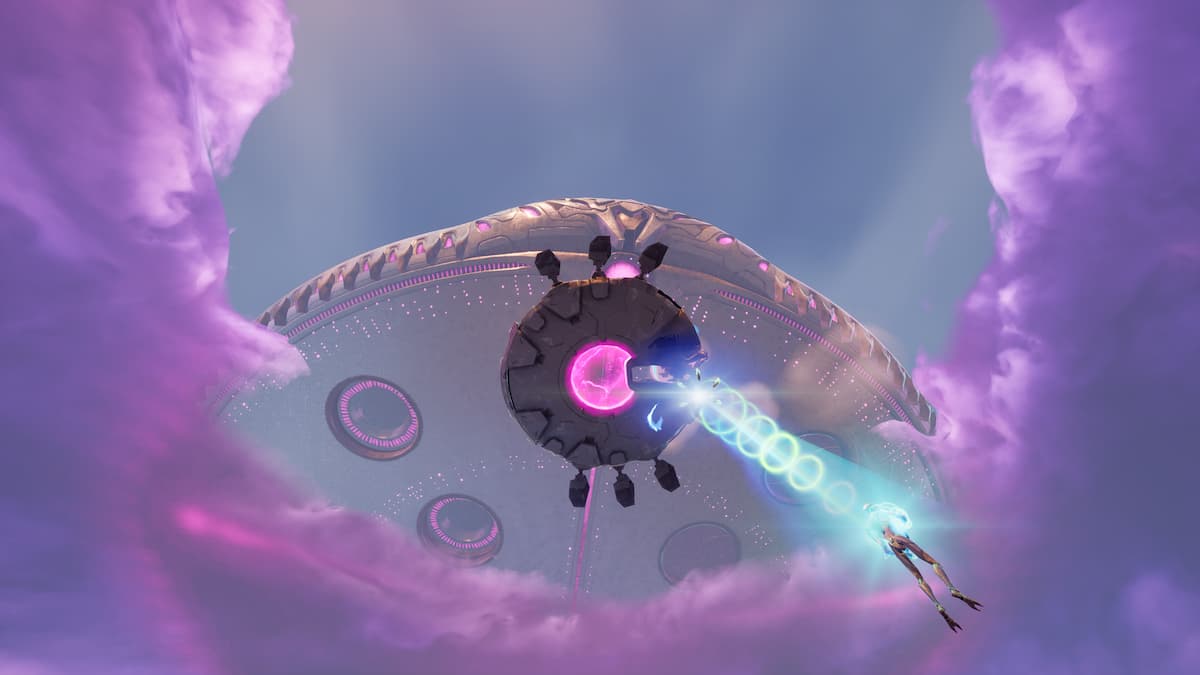 As Fortnite Chapter 2 Season 7 draws to a close, it is time to do something about the aliens that have invaded. Slone has a plan, but it is not going to be without consequences. According to leaks, some big potential changes are on the way to the island. Be sure not to read ahead if you don’t want anything spoiler in Fortnite.

Thanks to leaks from iFireMonkey, we have access to the upcoming challenge information over the next two weeks. Each challenge comes with some narrative exposition, and the Week 14 challenges are quite revealing. According to the first challenge, IO is about to make a major power play that will finally end the invasion.

The second challenge reveals what that is. “That Mothership is coming down. Tell the civilians to get out of the way” reveals the second challenge. Finally, the third challenge promises some collateral damage. As such, all the signs are there that at least part of the island is about to get impacted by the falling Mothership.

It could get exciting if the Mothership falls into the sea, causing a wave that floods the island again. Even better, we know the Mothership is filled with abducted parts of the island throughout its history. What if they ended up scattered across the map?

No matter what happens, it looks like some major changes are headed to the map next season, which would be wonderful as it has all felt a little static for a while now.