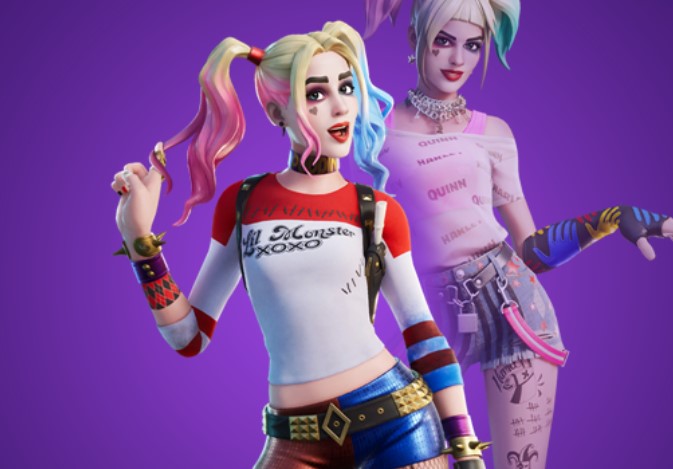 Fortnite’s update 2.55 is making its way to the game today, and should already be available to download for those of you who have yet to start up the game today. After the update hit, dataminers instantly got busy to see if they could find any secrets, and once again, they have turned up a treasure trove of information.

Up first, as was heavily hinted at by the Fortnite Twitter account, Harley Quinn will be making her way to the game soon. The skin seems to come with two styles, one based on her look in the Suicide Squad, and the other based on the upcoming Birds of Prey movie. There also seems to be some challenges to unlock different styles, although we don’t know yet if one of the styles you unlock is also one of the ones shown in the tweet below from dataminer Hypex.

Hypex also discovered a massive number of Valentine’s day based cosmetics, which heavily hint at an upcoming Valentine’s Day event for the game. The new items include Back Blings, harvesting tools, skins, wraps, and emotes, so plenty of variety to keep you interested.

Another exciting discovery, this time from leaker Lucas7Yoshi, is that the former Search and Destroy event that leaked has been rebranded into an event called Love and War, so this would certainly seem to tie in with the leaked Valentine’s Day cosmetics.

So, it would seem Epic has two different events planned to keep up as entertained until Feb. 20, when the next season is scheduled to begin.