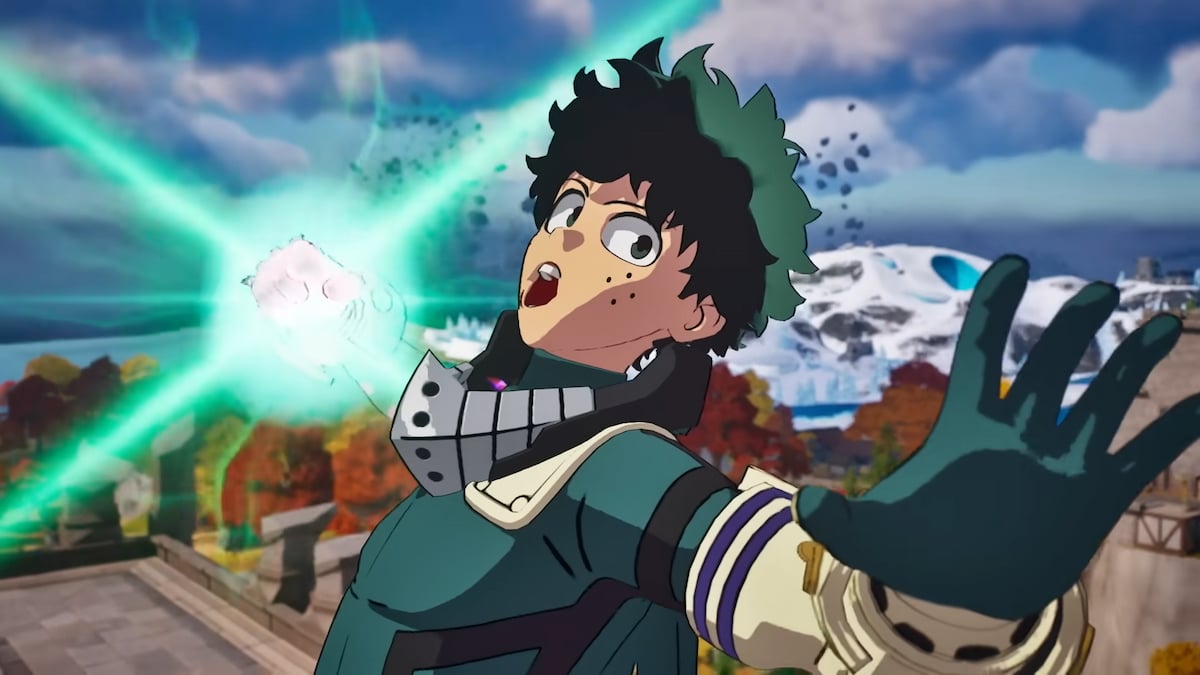 Fortnite continues its quest to feature every IP in the world this week with its newest crossover event featuring My Hero Academia, featuring new skins of the popular anime series.

We got our first hints of a My Hero Academia crossover in the Fortnite Chapter 4 Season 1 trailer, with the game’s official Twitter confirming a full crossover for fans to look forward to. We currently know that the crossover features the anime’s protagonist Izuku Midoriya, aka Deku, a young hero-loving student who inherits his powers from All Might, the world’s number one hero and another possible skin we could see in this crossover. We’ve also seen a glimpse at a new mythic item of One For All, the powers used by Deku in the anime destroying a building, and an All Might themed pickaxe.

We are not sure what else this crossover will entail, but given previous promotions, we can expect a few more skins of other popular characters, such as Katsuki Bakugo and Ochaco Uraraka to be available, as well as bundles and possible themed quests for players to undertake to earn some in-game goodies like emotes, emoticons, or sprays.

This isn’t the first time Fortnite has collaborated with a popular anime series, having previously included both Naturo and Dragon Ball Super in its ever-growing catalog of collaborators, which included a selection of cosmetics for players to get their hands on, as well as some gameplay additions like the mythic item Kamehameha attack. If this newest crossover follows a similar style, we can expect at least four skins and some extra cosmetics to buy and earn, with the potential to circle back around to the series in the future with more content.

The crossover event begins this Friday, December 16, 2022, and you can expect more details to emerge as we approach the release.