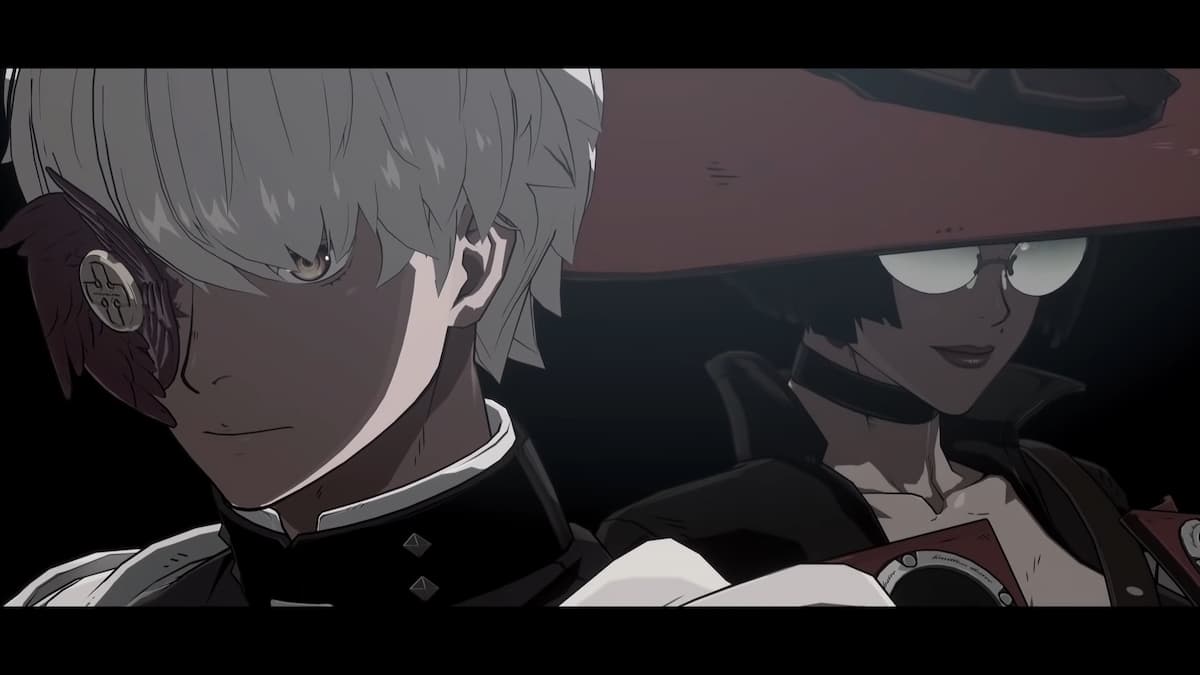 Ahead of the worldwide release of Guilty Gear Strive on June 11, ArcSystemWorks developers Daisuke Ishiwatari and Akira Katano hosted an early access showcase livestream for the title. The stream also revealed the launch trailer for the upcoming fighting game.

The launch trailer features the full lineup of fighters, as well as more of the main, overarching story — one that will be reaching its conclusion with this title. Something else noticeable about the trailer, as well as the opening movie which was also released today, is that there are new characters present and mentioned that are not a part of the initial lineup.

Some very notable ones include Asuka, Goldlewis, Happy Chaos, and possibly Aria. Asuka, also know as “That-Man,” is the instigator of all events in Guilty Gear. Goldlewis is a character completely new to the franchise, while Happy Chaos Valentine was alluded to in Guilty Gear Xrd Revelator and makes his debut in Strive. The female character shown in the beginning appears to be Aria Hale, a major non-playable character who is story-related to both Sol Badguy and Asuka.

Considering that several DLC fighters will be launching in Guilty Gear Strive’s near future, these characters could very well be members of the main roster after the game’s launch. However, they can also simply be non-combatants who play a vital role in the story. Time will tell once the DLC roster is revealed post-launch.

Guilty Gear Strive will release for PlayStation 4, PlayStation 5, and PC. The game is also set to release for arcades sometime this year. You can check out the trailer below and read up on our hands-on beta impressions. We also run down what will be included in the game’s first season pass, which includes a new story, stages, and character colors.