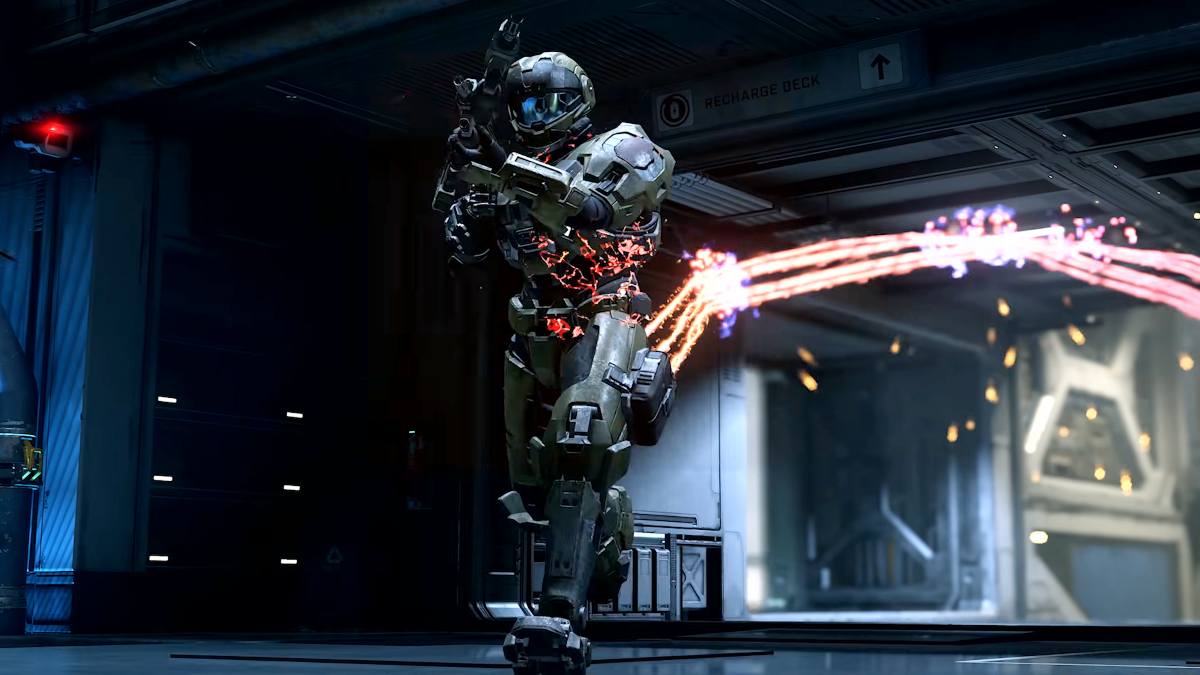 Halo Infinite doesn’t officially come out for another week, but the multiplayer beta has been up and running since its release earlier this month. It’s already caused some issues over Thanksgiving weekend. Players have been reporting instances of cheating and hacking, especially on PC, and they’re calling on 343 Industries to give them the option to turn off crossplay.

Video recordings shared on social media show cheaters clearly using aimbots to snap onto players and get killing sprees, as well as wallhacks to trace rival players through walls. The lion’s share of the cheaters doing this are using third-party software programs on PC, which gives them an unfair advantage over players. Here is an example of cheating posted on the Halo Infinite subreddit.

Xbox players already have the option to turn off crossplay for Halo Infinite, as well as Battlefield 2042. However, that doesn’t stop cheaters from using third-party controllers, such as Cronus, that allow them to reduce recoil, improve aim assist, and outsmart their fair-playing opponents.

Meanwhile, the PC version of Halo Infinite — where cheating is more widespread — doesn’t have anti-cheating solutions for players to contend with as they wait for the crossplay toggle to be implemented, such as BattlEye or Anti-Cheat. According to The Verge, 343 Industries uses a server-side behavior-based system that detects cheaters and hackers and kicks them out of the game.

The behavior-based cheating detection system has proven to be completely flawed, as cheaters who have been discovered and banned from the game always work their way around the punishment by creating another Microsoft account under a different name, especially since Halo Infinite is a free-to-play game. To make matters worse, cheat providers are advertising tools that, aside from aimbots and wallhacks, include infinite ammo, infinite grenades, speed hacks, and high jumps, per the Anti-Cheat Police Department on Twitter.

It is currently unknown how and when Industries 343 plans to address cheating and hacking on the PC version of Halo Infinite, which had an all-time peak of more than 250,000 players on the first day of the beta test. In the meantime, PC players may have to resort to reporting cheaters to the proper channels.