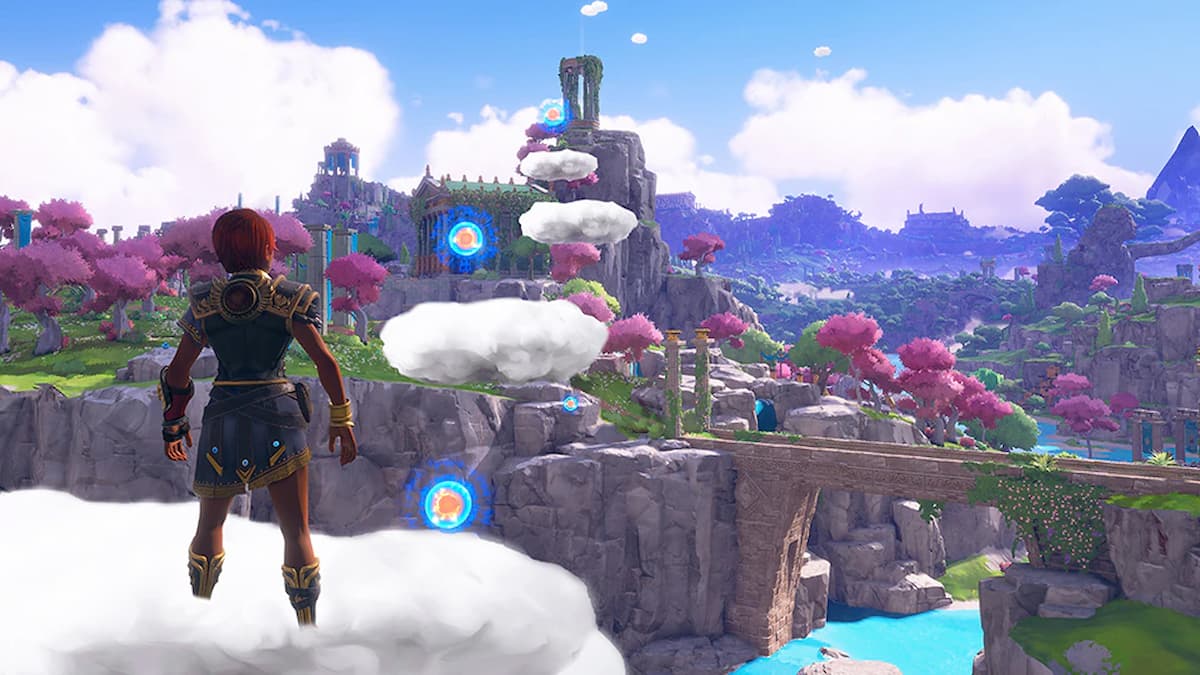 Immortals Fenyx rising launched last year to solid reviews. The game takes elements from Breath of the Wild’s open world and mixes in fun combat and a humorous tale. Since its release, Ubisoft has consistently been dropping new DLC content. The first, A New God, hit at the end of January, and the second is coming very soon.

Myths of the Eastern Realm launches on March 25. It’s centered on the story of a new hero named Ku and takes players to a new world based on Chinese mythology. Development is being led by Ubisoft Chengdu, which has served as a support studio for games like Scott Pilgrim vs. the World: The Game and helped with the Chinese localization for several other titles.

To celebrate the release date announcement, Ubisoft is including a new primer quest for the DLC. It comes alongside today’s free update and tasks players with completing a new platforming challenge. This event will test your stamina as you move about through the clouds in a quest to earn new rewards. You don’t have to complete the quest to play the new expansion, but you might as well if you have the time.

Immortals Fenyx Rising – Myths of the Eastern Realm is the second of three DLCs coming to the game. Expect to hear about the third and final expansion later this year.