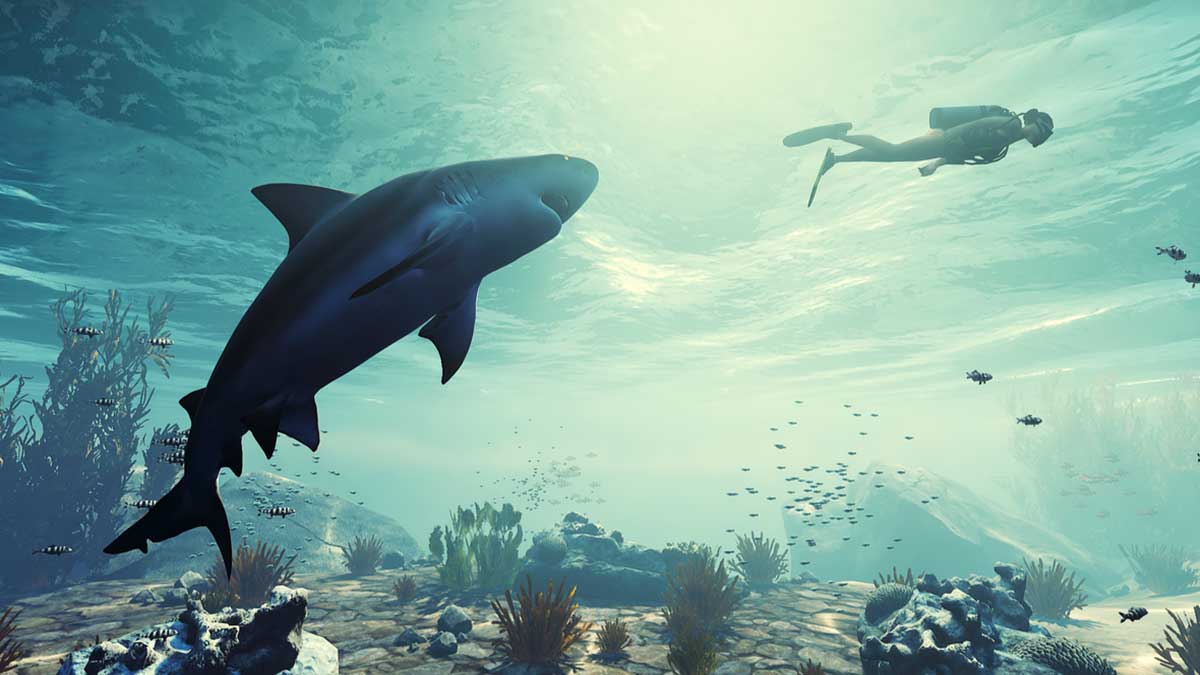 Maneater, the world’s first ShARkPG, is finally coming to Nintendo’s handheld console, allowing users to surf their way through the huge roster of deadly threats that await them in the waters of Port Clovis. The game has been available for PC, PlayStation, and Xbox since May 2020. The unique combination of intense action gameplay alongside deep RPG mechanics blend surprisingly well with letting players live the fantasy of becoming the largest threat in the ocean.

Nintendo Switch owners can experience Maneater for themselves when it surfaces on May 25. In Maneater, players take on the role of a Bull Shark pup that is brutally ripped from its mother by a vicious shark hunter. Over the course of the game, you need to chomp, snap, and eviscerate your way to the top of the food chain, evolving into a larger shark by completing quests and consuming everything you come across.

Once you’ve consumed enough of the local wildlife, you can take on the humans around each of the various locations. Doing so attracts the attention of Shark Hunters, the major bosses of each area. The goal of the game’s story is to work your way up the roster of Shark Hunters until you find the one that killed your mother, Scaly Pete.

Your shark can be enhanced with mutations and evolutions found around the game’s world or earned through all forms of progression. Experimentation with these is key to surviving each of Port Clovis’ areas and taking on the creatures and humans you’ll find within them.