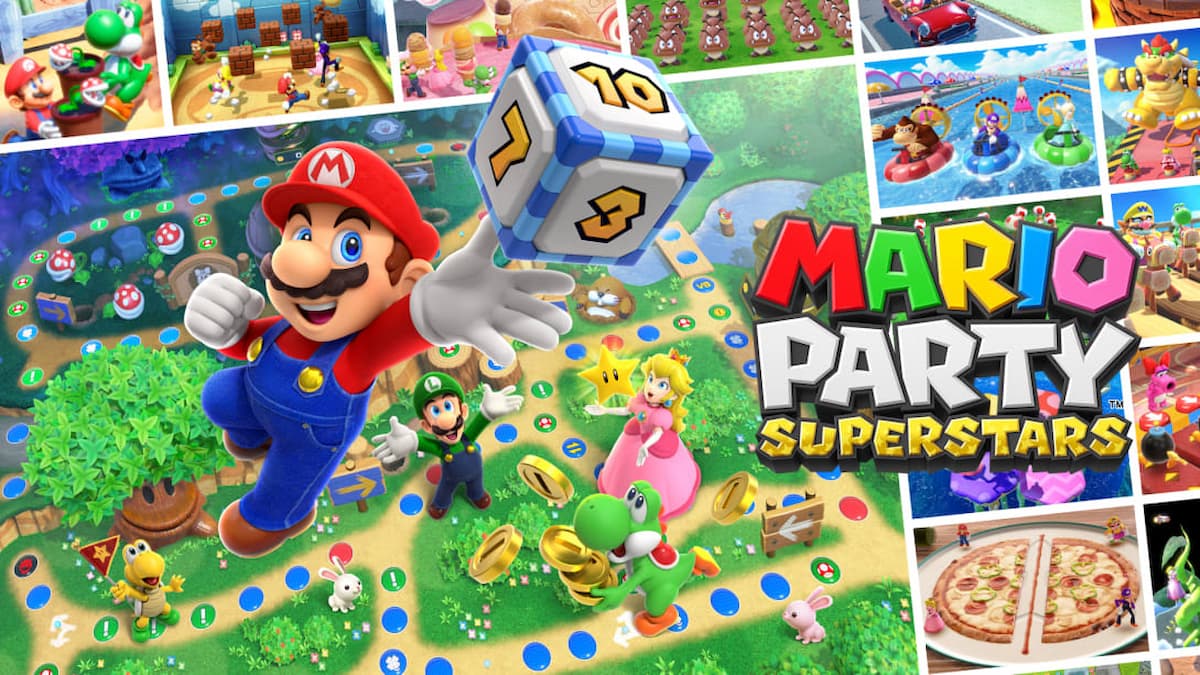 An overview trailer for Mario Party Superstars was released by Nintendo to promote the game’s October 29 release date. The trailer gives viewers another glimpse of the game’s five boards, all of which are remakes of classic boards from the Nintendo 64 Mario Party games. The five boards are Horror Land, Peach’s Birthday Cake, Space Land, Wood Woods, and Yoshi’s Tropical Island. Each board has its gimmicks that were properly shown in the trailer.

Online functionality was also shown. Players will need a Nintendo Switch Online account and a strong internet connection, but they can play online with their friends or with strangers using random match-making. Players can communicate with each other with stickers similar to other Nintendo games.

The most exciting piece of news revealed in the trailer is the ability to save mid-game. With some of the older Mario Party games, players wouldn’t be able to stop at any point and continue from where they left. They would have to finish a board game in one sitting. After around Mario Party 5 on the GameCube, save functions started being more commonly incorporated. That means players can stop playing a game and come back to it at a later date if they saved a game.

The overview trailer specifically mentions that players can save mid-game while playing with friends. When the previous entry, Super Mario Party, launched it didn’t allow players to save on games with multiplayer. The clarification is to assure viewers that they can save on multiplayer, though it didn’t specify if it will work with online games.

The trailer ends with the reveal of a new mode called Mt. Minigames. The new mode centers around mini-game battles with no boards. There are several different game types that gamers can play on Mt. Minigames. There is Survival in which gamers will aim to be the last player standing in a series of mini-games. Then there’s Daily Challenge, which is where players can challenge others around the world in mini-games that rotate in and out daily. Tag Match is a new game type where a team of two players can challenge another duo in two-v-two mini-games. The final game type of Mt. Minigames is Sports and Puzzles. This game type focuses on special mini-games that won’t be found on board games.

All four game types in Mt. Minigames will be available to play online. Survival and Daily Challenge are exclusive to online play.