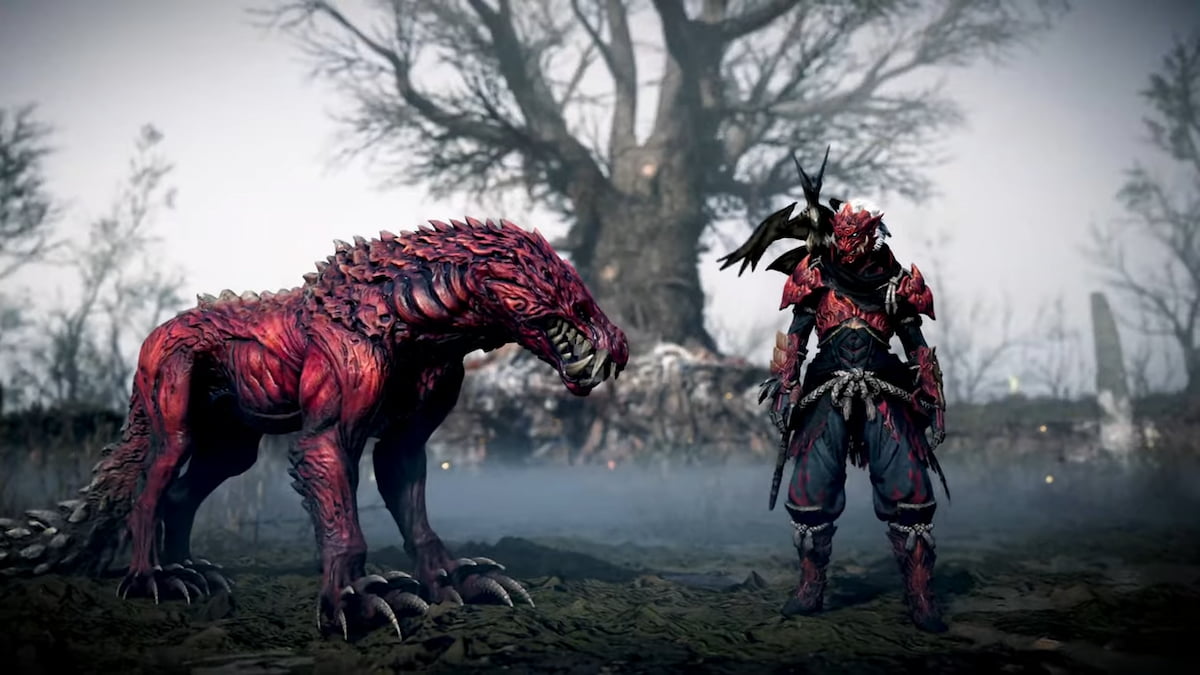 The crossovers continue in Assassin’s Creed: Valhalla with the arrival of several iconic monster skins from the Monster Hunter: World franchise. Players can dress up their Eivor to wear the armor of these gigantic beasts. Rather than hunting them down, they can be acquired by grabbing them in the story, which almost misses the point of giving someone access to this armor set.

Valhalla players can choose to grab the featured cosmetic items: the Odogaron armor set, the Odogaron mount skin, a Legiana scout skin, a Garon hatchet, and a Garon rod spear.

These cosmetics are available to any Valhalla player who wishes to grab them. Earlier this month, there was a similar crossover featuring Assassin’s Creed Valhalla and Destiny 2, giving players a chance to dress up in the armor of Lord Shaxx and Saint-13, two iconic NPC characters from the series.

The Monster Hunter: World collaboration seems a bit more fitting with Eivor wearing slightly supernatural armor already, but being able to immediately equip it does take the adventure of the Monster Hunter series. Typically, players have to face off against these gigantic monsters and hunt them multiple times to earn specific body parts before having them reforged into armor and weapons. They then use those reworked body parts against those creatures to repeat the process.

It almost feels like a missed opportunity here to embed a Monster Hunter-like quest where Eivor has to face down one of these fantastic creatures, hunt them down multiple times, and eventually wear their armor, as seen in the crossover trailer.

This is undoubtedly one of the more minor updates that have come to Valhalla, given the game has already closed the book on its final major update. Instead, the Ubisoft development team is shifting gears to their next project, Assassin’s Creed Mirage, set to release sometime in 2023.