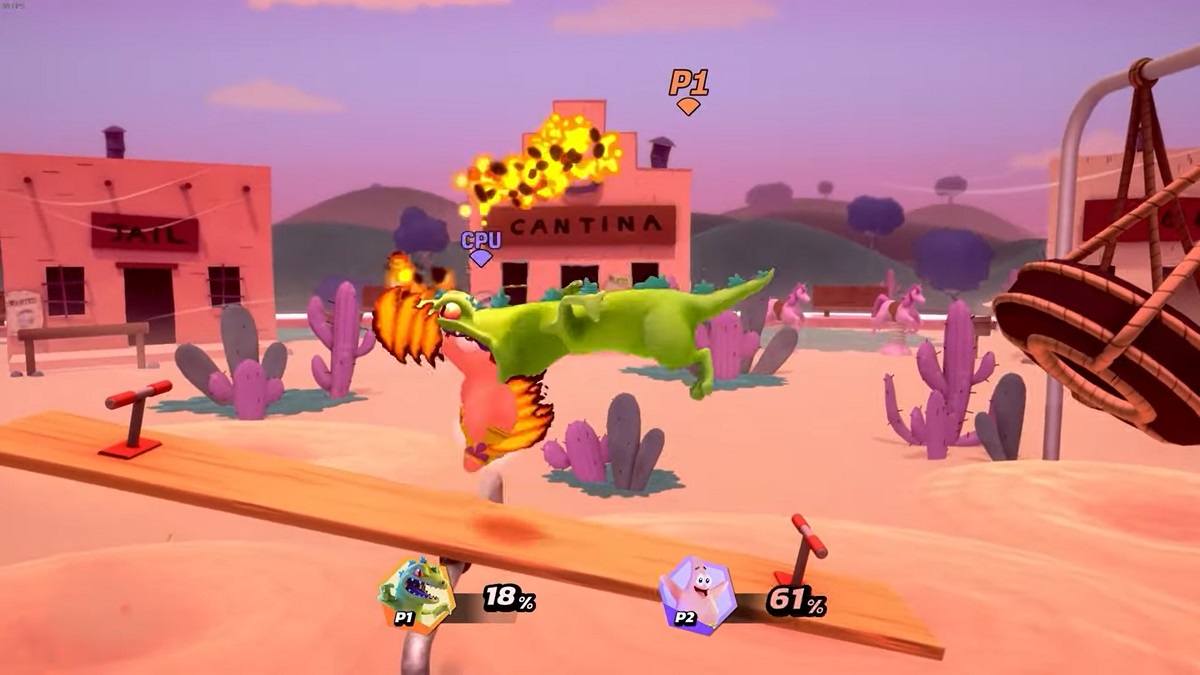 Reptar from Rugrats is the latest addition to the Nickelodeon All-Star Brawl roster. The semi-cutesy green dinosaur was revealed via a nearly six minute character showcase on the publisher’s official YouTube channel. Reptar is classed as a heavy character, with his moveset revolving around slow but hard-hitting attacks. You can watch the showcase to learn Reptar’s basic and more advanced moves if you’re interested in prepping for the October 5 release date.

Reptar hasn’t been the only announcement this close to launch. Other recently revealed characters include Aang, Korra, and Toph from Avatar: The Last Airbender and The Legend of Korra. They join an increasingly robust cast of iconic Nickelodeon characters including Danny Phantom, Helga, and Nigel Thornberry.

The game is in development by Ludosity and Fair Play Labs, both of whom are approaching this project to satisfy casual fans of the game’s characters as well as a more hardcore community of fighting game players.

Nickelodeon All-Star Brawl is coming to PlayStation 4, PlayStation 5, Xbox One, Xbox Series X/S, and PC with the PC version serving as the lead platform. With cross-play becoming increasingly common, especially in the fighting game space, there is still no word on whether the feature will be added after launch.