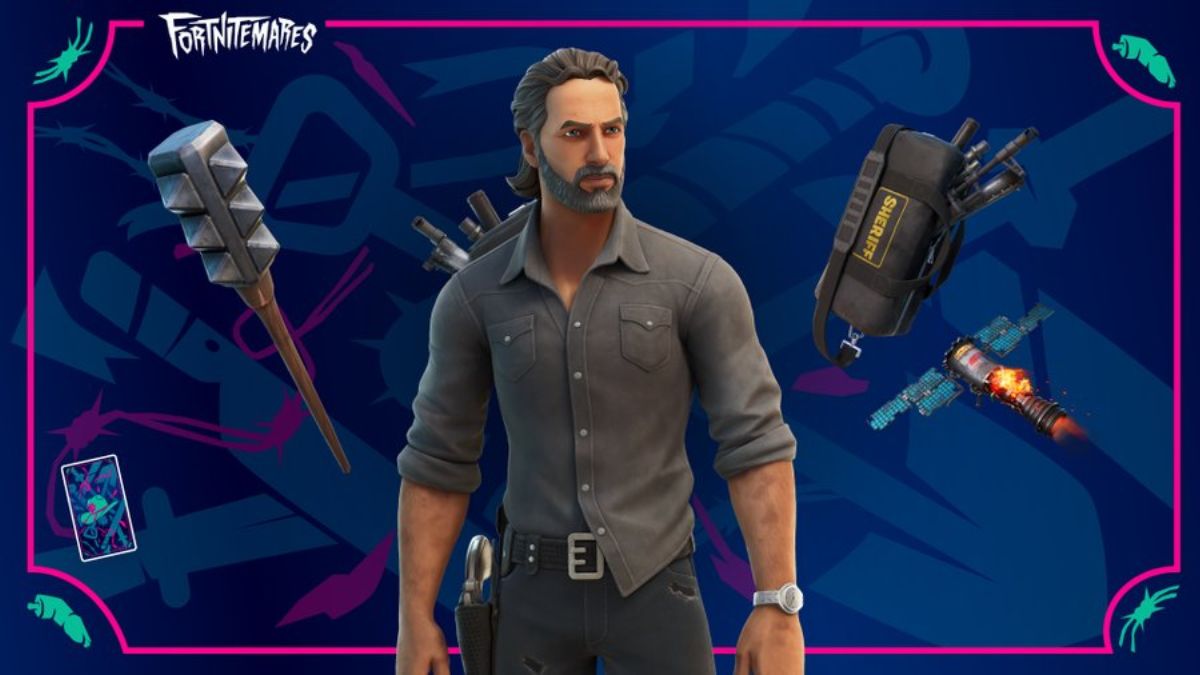 Because of Fortnite’s continued worldwide success, a lot of the biggest companies have worked with Epic Games to bring in some of their top IPs to the game. Costumes based on characters from Marvel, G.I. Joe, Star Wars, Halo, God of War, and DC Comics are all available in Fortnite, arguably making it one of the biggest cross-over games ever. What other game allows gamers to play as Thanos shooting guns at Master Chief?

For Fortnitemares 2021, Fortnite will be adding an outfit based on Rick Grimes from The Walking Dead. The Walking Dead began as a long-running black-and-white comic series that lasted from 2003 to 2019. It was adapted into an AMC TV series of the same name in 2010, and the show was at one point a huge phenomenon. The show has proven so successful that two spin-off series have since been released.

Rick Grimes is the main protagonist of the comic series and was the lead in the TV show for the first nine seasons. The Rick costume in Fortnite is based more on his television counterpart, as played by actor Andrew Lincoln, than his comic book version. He won’t be the first character from The Walking Dead to make his way into Fortnite. Costumes based on Michonne and Daryl from the show have also been released for the game.

Players will be able to purchase the Rick Grimes outfit in the Fortnite Shop. Players can either simply purchase the outfit as is, or get a bundle that will come with the outfit and some gear.