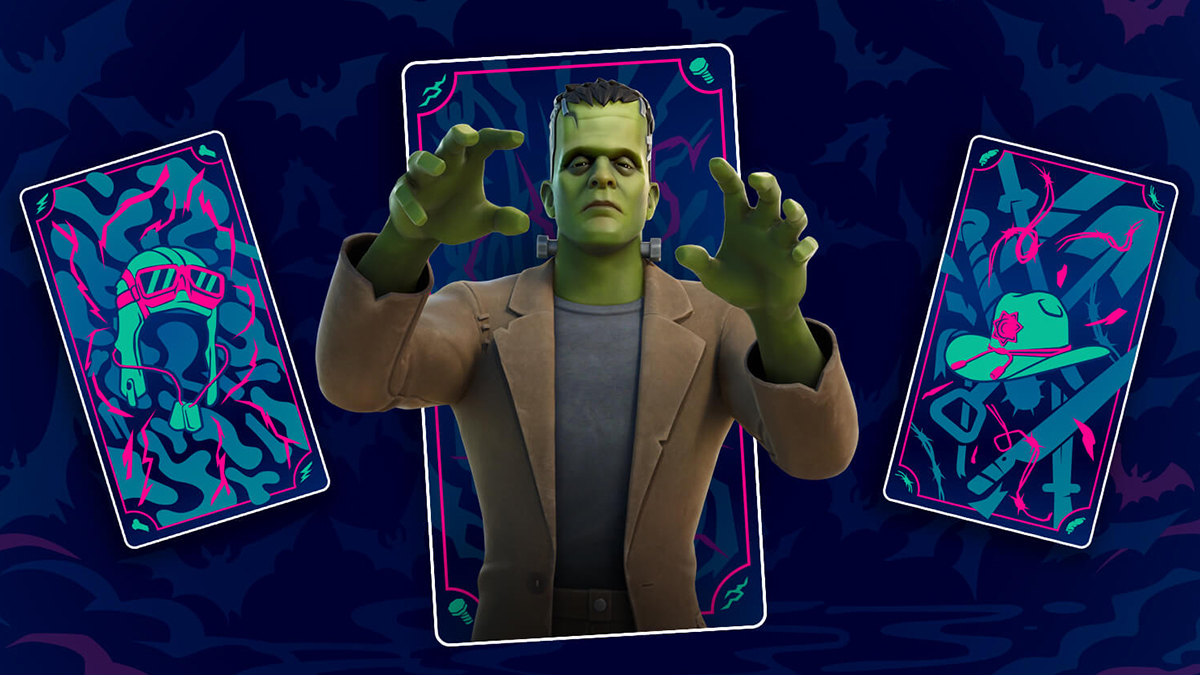 It’s spooky time, and Fortnite’s annual Halloween event is returning for the month of October. Fortnitemares 2021 is here with cosmetics, playlists, and even short films to celebrate the season.

First up, the costumes. As announced on the Fortnite website, this year’s event features classic movie monsters like Frankenstein’s Monster and The Mummy. More characters are coming throughout the month, and Epic Games has created a card-flipping page that will reveal each one in turn. The last card, currently face down, sure does look an awful lot like the hat worn by Sheriff Rick Grimes of The Walking Dead. Frankenstein’s Monster is coming to the Item Shop at 8 PM ET on October 5. Skeletal costumes for Boxy and Boxer are already up for purchase now.

You can also jump into Halloween-themed maps and game modes conjured up in Creative Mode. You can find them in the Fortnitemares tab of the playlist menu. As for the standard island map, the mysterious Cubes have returned once again, bringing a batch of new quests to complete. You can take out Cube Monsters with the new Dual Fiend Hunters, a pair of ghostly green crossbows from The Sideways.

Finally, Fortnitemares 2021 includes Shortnitemares, a night of spooky animated shorts you can watch in a custom-made theater in Creative mode. You’ll find a different short screening in each room inside. Community group Quantum Builds put the theater together.

Epic says these announcements aren’t “even everything happening in Fortnitemares this year.” Be prepared for more macabre news around the battle royale game, as the event runs through the entire month of October. If you’re not into Halloween, there are still plenty of cool stuff to do in Season 8, like launching from a corruption vent and finding Raven.