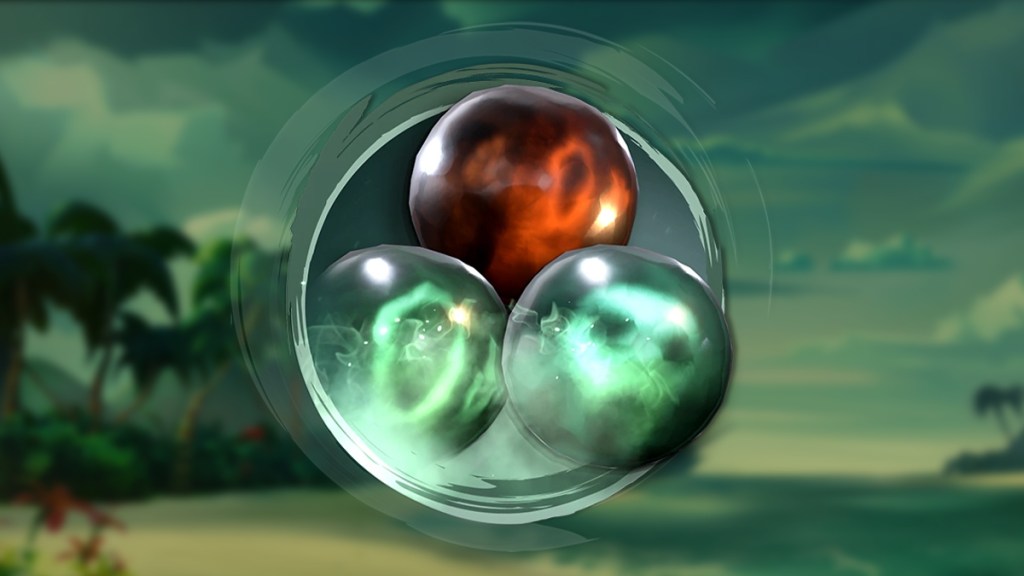 Sea of Thieves Season 8 is here, and a full-blown war with Flameheart is at the core of the new content. Players can opt-in for PvP action that pits the Pirate Lord’s Guardians of Fortune against Captain Flameheart’s Servants of the Flame. If you were planning to rely on Cursed Cannonballs to get you through matches against other ships during the season, you might want to rethink your strategy.

Cursed Cannonballs have been nerfed for Sea of Thieves Season 8. Checking the new season release notes from developer Rare, you can see four specific changes to the special ammo. Cursed Cannonballs will appear less frequently in barrels, crates, and rowboats. Additionally, you’ll only get one Wraith Cannonball from each Crate of the Damned “due to their immense power.” The green-colored cannonballs now have a shorter effect duration, and you can only carry a max of five Cursed Cannonballs of any color at one time. In summary, they’re harder to find, you’ll win fewer as prizes, one color is now less powerful, and you can only carry around a handful at once.

This is meant to make ship-to-ship combat less prone to trolling in Season 8. Cursed Cannonballs can already do things like slow down other ships or set them on fire, so being able to do that unrestricted would be a pain in the butt for many players. You can still earn Allegiance Streaks for sinking multiple ships in a row, but be sure not to get too greedy carrying around all those Sands of Fate — they’ll be lost if you’re sunk before getting a chance to cash them in.

If that last sentence didn’t make any sense to you, don’t worry: we can teach you how to use the Hourglass of Fate and start doing PvP matchmaking yourself. As you sink enemy ships and earn Allegiance, you can eventually rise to the rank of Faction Champion.