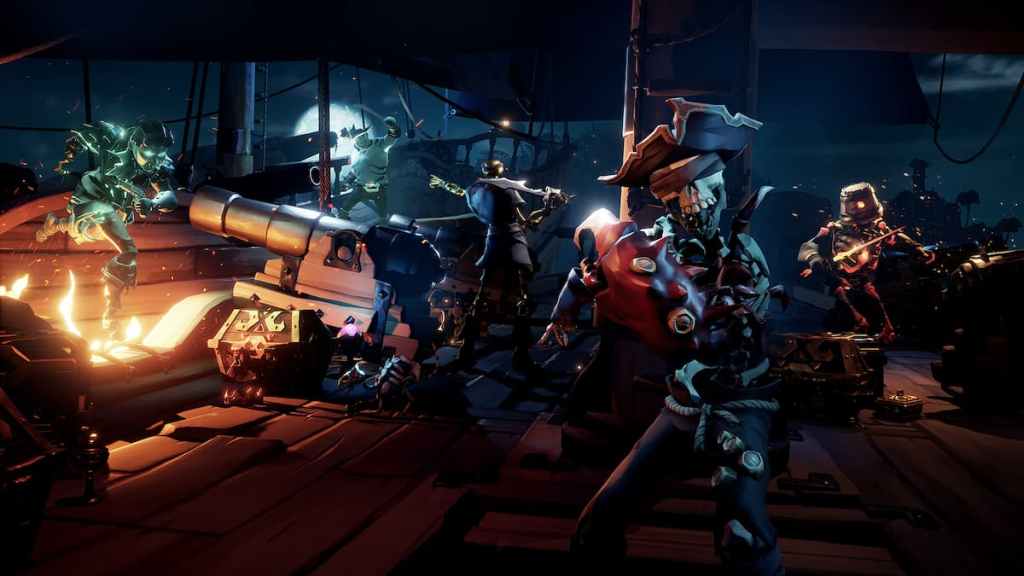 Sea of Thieves has long granted its players the option to choose from three ship sizes in-game — sloops, brigantines, and galleons. In the regular emergent PvP in the game, pirates might routinely find themselves up against a smaller or larger ship in a battle to the death, but opt-in matchmaking PvP mechanics via the Hourglass of Fate change things up slightly for the war between the Guardians of Fortune and the Servants of the Flame.

Can you matchmake against other ship sizes in Sea of Thieves?

Ordinarily, after opting in for matchmaking in Sea of Thieves, you’ll automatically be matched against ships of the same size and a similar skill ranking as you. That means sloops vs sloops, brigantines vs brigantines, and galleons vs galleons. Crew size is also taken into account — solo sloops vs solo sloops and two-person crew vs another, for example.

This applies both to battles that you personally seek out from the War Map and to incursions into your own server from other players. Until you start racking up an Allegiance Streak, you’ll have to stick it out against the same ships.

However, once you sink enough opponents to make it to the coveted Faction Champion status, another option opens up for you. Unfurl the War Map in the Captain’s Cabin and you and your crew will be able to vote on whether to battle a larger ship on behalf of your chosen faction. This obviously brings with it more substantial rewards in the form of Allegiance and Gold than fighting it out against ships your own size, but make sure you’re ready before taking on a larger ship as it’ll be no pushover.

Since you can only challenge ships larger than you through the Faction Champion perks, it would seem that players don’t need to worry about getting invaded by a marauding galleon unexpectedly. However, due to the nature of the Champion Ship Battle options, they may find themselves coming up against a smaller ship from time to time that has decided to challenge them for supremacy. Don’t let your guard down — just because they’re small doesn’t mean they don’t hit hard, and overconfidence has been the end of many a scurvy sea dog.