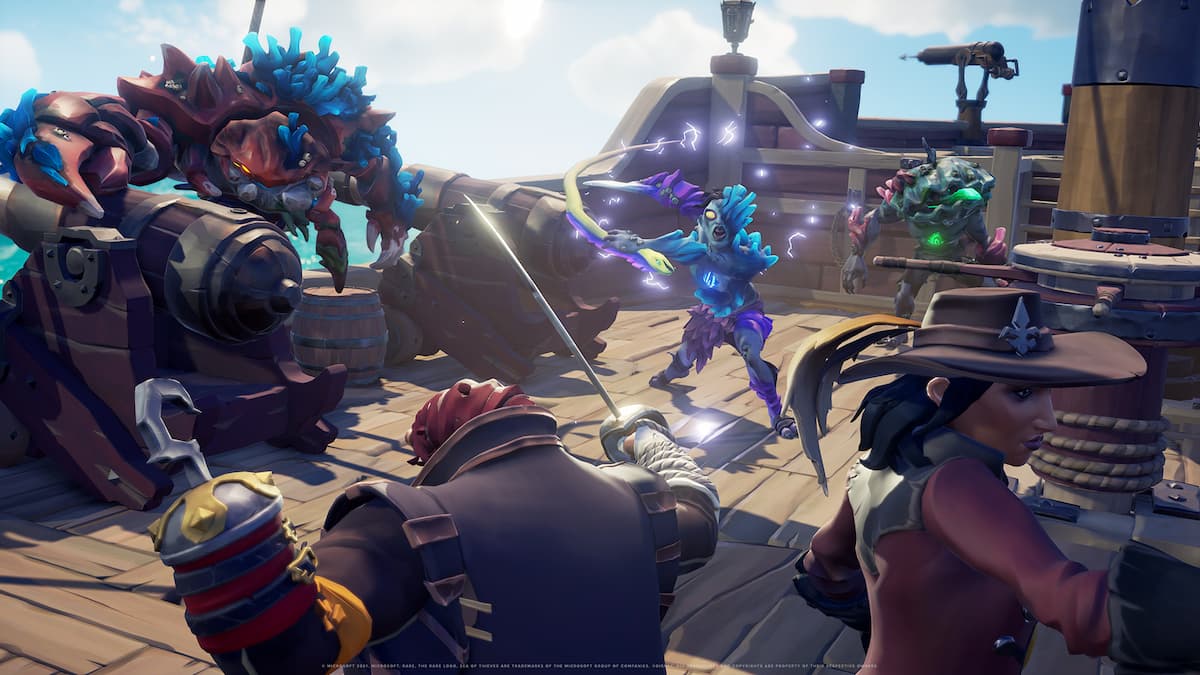 Weeks after the launch of Sea of Thieves: A Pirate’s Life and the start of Season Three, players are still running into issues with enemy spawn rates while exploring the game’s open world. Since introducing three new enemy types — Ocean Crawlers, Sirens, and Phantoms — islands have spawned an excessive number of enemies, making the simplest tasks in Sea of Thieves a chore.

Players on the Sea of Thieves subreddit began noticing the madness straight away upon the start of Season 3, with enemies from all variants spawning at a quick rate and overpopulating islands with opposition.

Frustrated players are theorizing that Rare has not adjusted enemy spawn rates to accommodate the new mob types. Previously, the only enemies on land were skeletons, and instead of having Ocean Crawlers and Phantoms replacing skeletons on some islands, Sea of Thieves appears to be spawning three times as many enemies during encounters.

That isn’t to let Sirens get away with it, as players have also complained that the sea-based enemies will spawn in excessive numbers. In our own play sessions, we’ve noticed a high volume of Sirens showing up outside of fort battles, which they shouldn’t be a part of.

Even outside of normal island encounters, Ocean Crawlers have started showing up where they shouldn’t be, such as in Tall Tales — this happened to us recently after finishing a scripted battle against skeletons. Ocean Crawlers have also appeared inside vaults, where enemies should not be able to spawn in or enter. Another Reddit video showed Ocean Crawlers following a player into a vault, overwhelming them.

We have yet to find any acknowledgment from Rare of the complaints, but players are very doubtful that this high volume of enemies and their game-breaking behavior are intentional. While Rare has fixed glaring glitches and bugs with A Pirate’s Life, the latest 2.2.0.2 update has not addressed enemy spawn rates. Until then, players will continue to take to forums and Reddit and claim that Sea of Thieves is unplayable.