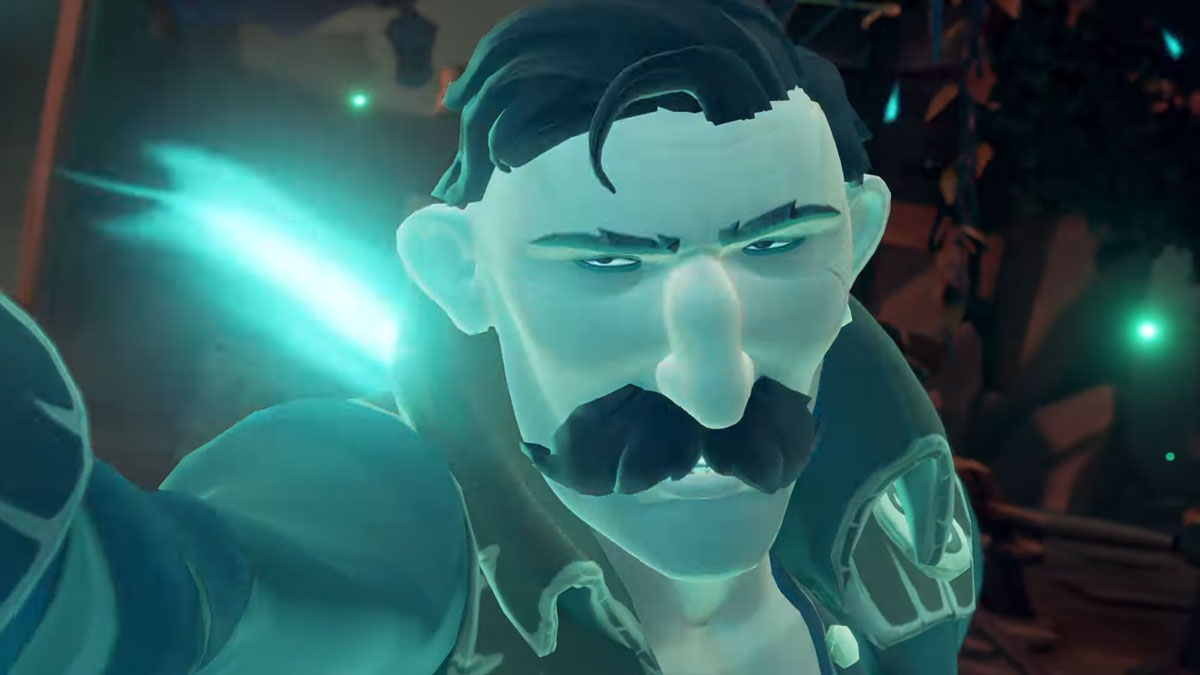 It’s been a while since Sea of Thieves incorporated Sir Arthur Pendragon into one of its storylines, but that’s exactly what we’re getting with the next Adventure. It’s called Return of the Damned, and it’s bringing back the character you’re definitely thinking of — if you make that decision.

Sea of Thieves has been teasing the return of Captain Flameheart for a while now. The previous Adventure, Herald of the Flame, saw a cursed Stitcher Jim collecting the bones of Flameheart for some sort of revival. The captain’s coffin was also spotted in the game when unannounced construction at New Golden Sands Outpost was added in an update. Now it’s time for players to make the choice as to whether or not Flameheart will actually return to the land of the living.

Return of the Damned is the next Sea of Thieves Adventure, and it’s asking players to side with either Flameheart or Pendragon. According to the cinematic trailer description, players can “contribute to this community decision” when the Adventure kicks off on November 3; it’ll run until November 7. The winner of this “community decision” will then get to return to Sea of Thieves as a living pirate once again. Pendragon says as much in the trailer, which you can watch below. It also explains what he and the mysterious Belle have been up to lately.

The last time we saw Pendragon was during the Heart of Fire Tall Tale in summer 2021. In addition to working to revive Flameheart, Stitcher Jim was also the one who freed Pendragon from his cursed painting back then. Stitcher Jim might try to work for multiple masters, but Sea of Thieves players will have to make a choice with Return of the Damned. It’ll be interesting to see exactly how these votes are cast — and how the inevitable clashes play out.

In fact, Sea of Thieves Season 8 will be “firmly focused on PvP,” according to Rare. We could see more community choices like this as the game continues to evolve. Faction wars make perfect sense as a way to pit players against each other.