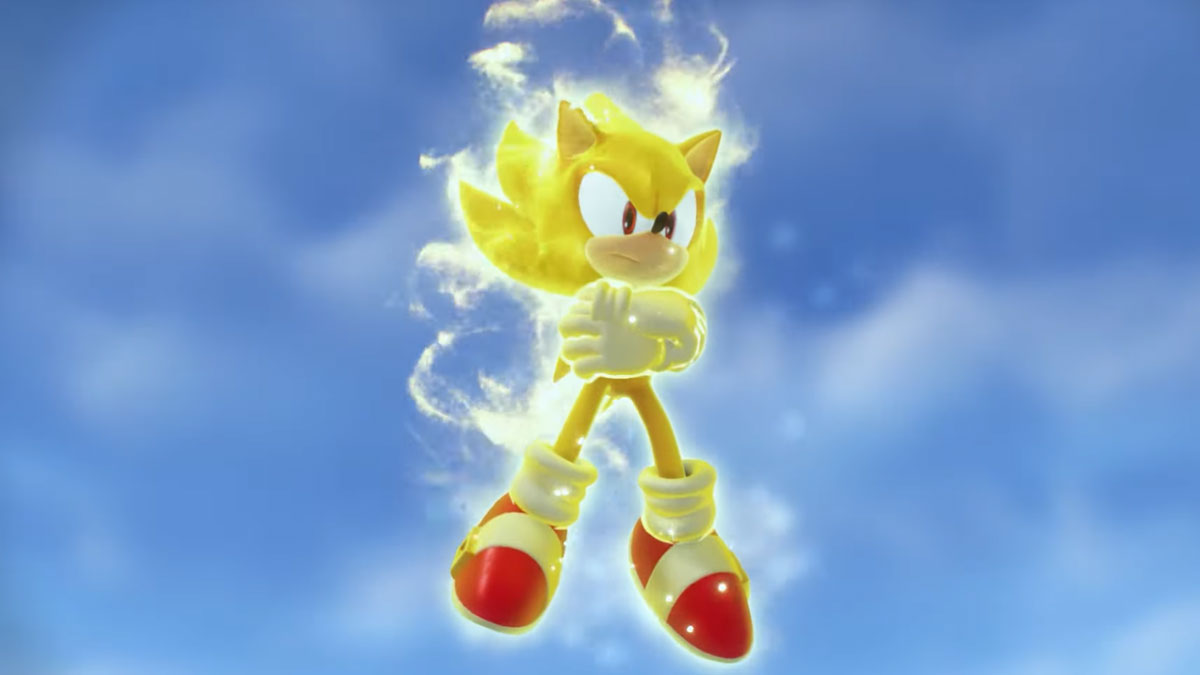 Every Sonic Frontiers trailer has taught us something new about the upcoming adventure. One of the most recent showed off the Chaos Emeralds, which got fans thinking about what Sonic would do once he got his hands on the whole collection. If you guessed “turn into Super Sonic,” you’d be right.

Sonic Frontiers just got a TGS trailer, and as you can see from even just the thumbnail below, Super Sonic is the highlight. “Dangerous new enemies require powerful new abilities,” the trailer’s description teases. The trailer itself shows Sonic taking on a giant enemy, in a battle that brings games like Shadow of the Colossus to mind. To take down these titanic foes, Sonic will need to unleash his golden, flying form. We see a brief moment of what looks like Super Sonic gameplay to close out the trailer, as Sonic zooms toward the towering bad guy.

Super Sonic isn’t new to the franchise, but it will be the first time fans will be able to fly around in an open-world setting — or open “zone,” as Sega prefers to call it. The nonlinearity of all the returning stages in zones in Sonic Frontiers should be fun to explore, especially from up in the sky.

The TGS trailer also confirms a volcanic biome, first seen during an artbook preview. There are only a few shots of the zone to check out, but we can see dark volcanic rock under Sonic’s feet, rivers of lava that you’ll definitely want to avoid, and more of those shadowy enemies that we’ll have to face during the adventure. The trailer also features the recently revealed Sonic Frontiers theme song, ONE OK ROCK’s “Vandalize”.

There are only a few more months to go before Sonic Frontiers arrives. Its release date is November 8, and it’ll be available on PlayStation 5, PlayStation 4, Xbox Series X/S, Xbox One, Nintendo Switch, and PC via Steam and the Epic Game Store. Preorders for its various editions are available now.