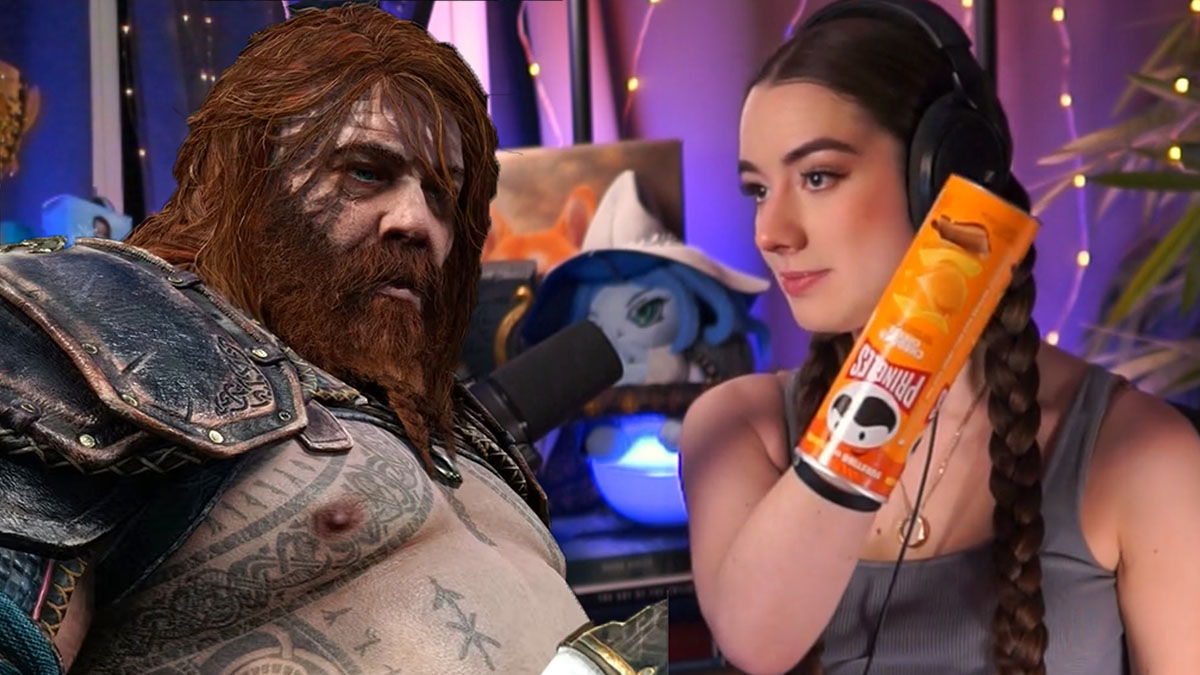 One of the best things about Twitch is the creativity that streamers show to impress their audiences. There are countless challenges that streamers create every day to please their fans, and one of the best ones for God of War Ragnarok has finally appeared: beating Thor with one hand in a Pringles can. Twitch streamer MissMikkaa has been gaining a lot of traction due to her Elden Ring playthroughs, where she plans to beat the game twice, at the same time, using a controller and a dance pad.

As many players haven’t even been able to finish the game once, she is beating the bosses on two different consoles at the same time, using her feet. After a streamer managed to beat the game without ever getting hit, it seems that some of the other gamers on the platform have to take it to the next level.

Well, the newest challenge that MissMikkaa has recently faced was defeating Thor in God of War Ragnarok on the hardest difficulty, using only one hand. The other one would be stuck in a Pringles can the whole time. One would expect her to fully concentrate on the fight, but she also managed to sneak a chip here and there.

Related: God of War Ragnarok is getting a New Game Plus mode if you want to keep playing one of the year’s best games

After defeating the god of thunder, she plays the game for a bit longer before stopping the stream and continuing the next few days to conquer the Lands Between of Elden Ring with her dance moves. If you wanted to see her beat the whole game with a hand stuck in a can of Pringles, we are sorry to disappoint you. However, you can always find her older streams where she beat the game using her dance pad.