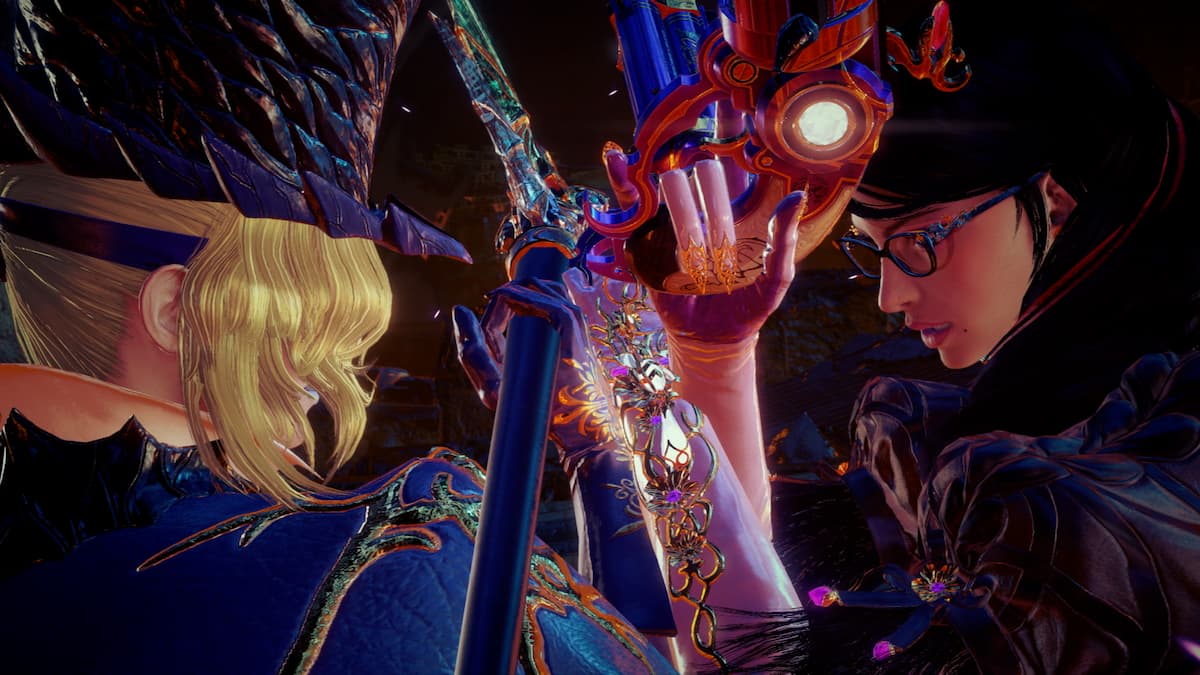 We’ve known for a while that Bayonetta 3 would feature a whole coven of Bayonettas, but the latest trailer shines the spotlight on the various forms of everyone’s favorite witch. There are no less than four distinct Bayonettas shown in the latest trailer, and we’re probably seeing a lot more than that.

The new trailer, dubbed The Witching Hour or Bayonettas Everywhere!? depending on your region, shows a variety of environments like the Arc de Triomphe in France, a vast desert, a military base, and plenty of out-of-this-world places too. It seems we’ll be encountering different versions of Bayonetta as we journey through these locales: the trailer includes Bayonetta with her hair up from the first game, hair-down Bayonetta from the second, a younger hipster version of her with pink hair, and even a blonde masked version who seems quite handy with a sword. Those are just the ones with distinct visual differences. Some of those fan theories about Bayonetta and the multiverse are really starting to make sense now.

In fact, newcomer Viola name-drops “the alpha-verse” in this new trailer, spelling out the fact that we’ll be traveling across at least two different universes in this game. In one part of the trailer, Bayonetta is seen speaking to a massive bedazzled frog, before we see what’s presumably a different Bayonetta fighting the same frog in a parallel universe. In addition to all these different Bayonettas, the game will also let us play as Viola and Jeanne. The latter was unconfirmed until now, but this trailer ends with a few moments of her infiltrating a base in a 2D Metroid-like gameplay segment.

We’ll have all of our questions about the Bayo-verse answered soon enough. Bayonetta 3 releases on October 28, exclusively on Nintendo Switch. Preorders are open now, and there are two versions of the game available. The Standard Edition just includes the game itself, but the pricier Masquerade Edition tacks on a 200-page artbook and some additional sleeves for the game box.