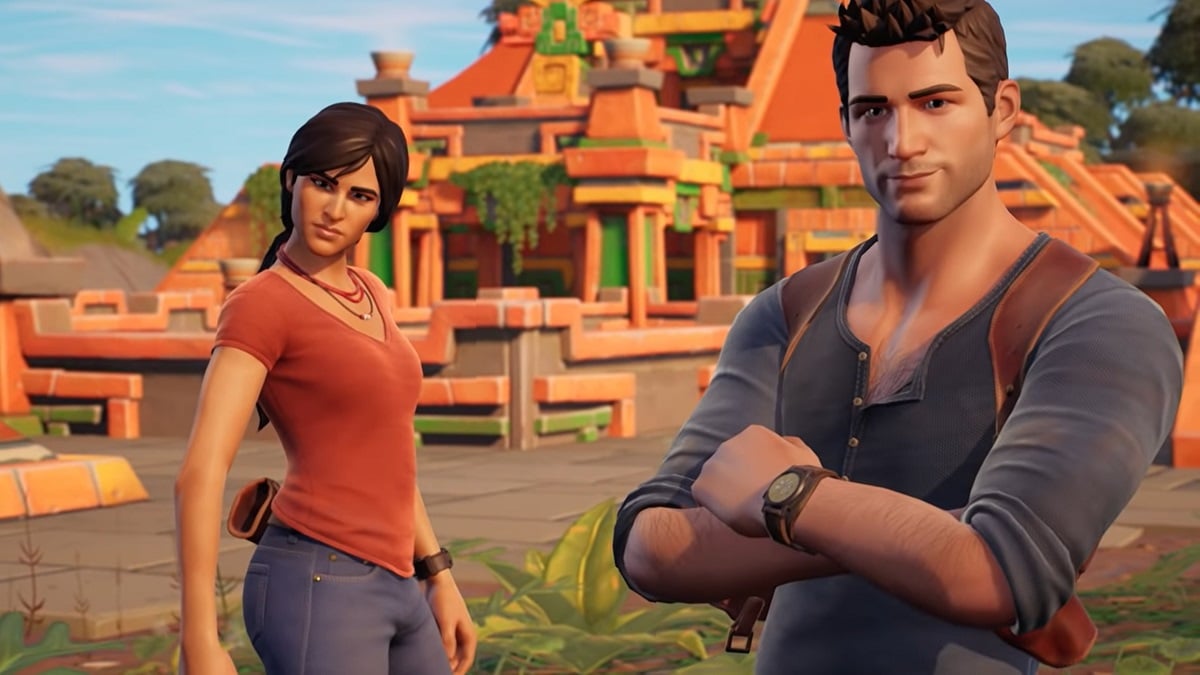 The Fortnite crossover train doesn’t stop. Epic Games’ live service battle royale shooter has seen appearances from various media including Naruto, the xenomorphs from the Alien franchise, and classic superheros like Spider-Man. According to a recent leak, Sony’s popular Uncharted franchise is the next collaboration.

The news broke via an unlisted video on the official Fortnite YouTube channel. The video in question is a 25-second trailer showing Nathan Drake and Chloe Frazer in action. The trailer is filled with the sort of high-intensity action fans come to expect from the franchise, including vehicle chase sequences aplenty. The video ends by revealing a February 17 release date.

In an interesting twist on the traditional collaboration, Epic Games is including both the video game and live action versions of these characters. This means that fans will get Nathan and Chloe models based on their Uncharted 4 and Uncharted: The Lost Legacy equivalents, with the other set of skins representing the actors from the recent film.

That’s right. You’ll be able to play as Tom Holland playing Nathan Drake in Fortnite. Chloe Frazer in the movie is played by Sophia Taylor Ali, whose most notable role includes the character of Dr. Dahlia Qadri from Grey’s Anatomy. Fortnite already got a Gears of War collaboration a few months ago, so why not follow suit with Sony’s closest competitor?