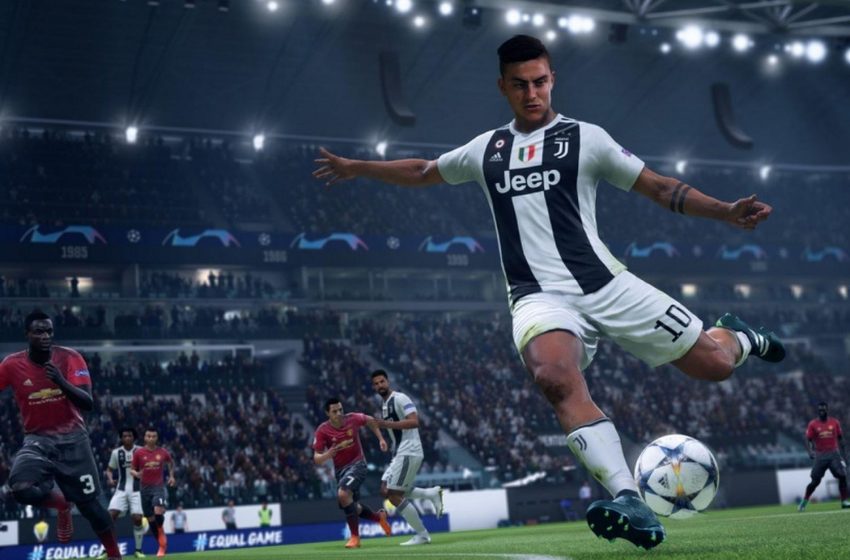 When it comes to video games based on the beautiful game, two options are always available for fans. Typically, especially in recent years, the choice of which to go for has been dependant on what you want when it comes to a soccer game. If you want to play the most accurate simulation of the game in terms of how it feels to play, Pro Evolution Soccer has generally been the better pick. For those looking for a game that feels more like the spectacle of sport, on top of being able to put more of an individual flair on your play, you go with FIFA.

For the best gameplay akin to the game of soccer, you go with Pro Evo. For almost everything else, you take FIFA.

For those unfamiliar with the FIFA games (which at this point, having been going for over 15 years, is unlikely), EA’s series has been the football game that you turn to for the most accurate presentation of the game, with almost all of the official licenses, realistically mapped stadiums and an emphasis on player skills that make the top players stand out. It’s monumentally successful in Europe, regularly topping the Christmas charts in the UK despite releasing in September most years, and is also highly controversial for its use of “surprise mechanics” in one of its most popular online modes, Ultimate Team.

FIFA has always had a slightly more arcade feel to it. It took a shift towards simulation in the last console generation but is still considered a middle-ground. Not quite the silky, heavily physics-based nature of PES, but not the arcade heaviness of a Virtua Soccer.

This year continues along the path of incremental, but welcome improvements. That flow that is associated with PES is more evident here than in previous years as players glide across the turf more freely, responding to the play noticeably more swiftly than last year and move the ball faster, while AI seems willing to make more runs into space. Defending also takes more patience as the defenders close down space for charging attackers. Passing can still feel sticky, but this is likely a consequence of the game’s many assisted options.

AI Defenders seem to be a little smarter at positioning themselves to attack threats except when being counter-attacked, and tougher controls for planting a finish in the back of the net means that goalkeepers have become harder to beat. Precise dribbling with the improved jockeying is also welcome.

Opponent AI is still wonky at times, where one moment it’s missing the simplest of passes and generally slow to react, and then suddenly everyone playing out of the skin. This year’s game is not going to dispel the fans belief that there’s no scripting (I.E., where the game turns the game in a side’s favor to keep the game interesting), though it does seem to be less profound this year.

Those not accustomed to playing regularly tend to accuse EA of releasing the same game every year. Unfortunately, there’s only so much tuning you can do to a game of football to make it seem different to last year, so that stigma is unlikely ever to end. But unlike with PES, which usually tends to lack any new modes with its releases, it’s difficult to accuse EA of at least not trying to make up for this with new modes. For the last two years, we have been treated to the Journey, the game’s reasonably engaging story mode. For this year, cue VOLTA.

For those able to remember the FIFA Street games, VOLTA looks identical. You get to play a street variation of the beautiful game, known is FUTSAL, on the streets of the likes of Tokyo and Amsterdam where you can use tricks and the arena to your advantage to dominate your opponent. It’s as much about style as it is the number of goals that you score.

In VOLTA, the gameplay shifts to a much tighter form. The ball sticks to you closer, and the limited space of the pitch means you have to either play a more focused passing game, or you need to use appropriate skills and trickery to dodge and weave around your opponent. Unlike FIFA Street, you don’t use a dedicated goalkeeper, and instead, it’s designated to one of your on-field players with no use of hands.

Skills very much come into their own here, and those with fast fingers and muscle memory to pull off the silky smooth transitions are rewarded usually with a break on the attack. The AI isn’t great here, usually being far too committing to taking you down rather than cover the goal when they defend, but it makes for interesting games when playing online.

It adjusts a lot of the attributes from the main game too, meaning you can’t simply give Cristiano Ronaldo the ball and expect him to score everywhere just because he’s playing on a smaller pitch. Finding the right team to move the ball forward with traditional ability and skills to round opponents will give you the best balance for taking on most players.

How much of your attention it’s going to keep, though is subjective. It’s a mode that typically won’t take long to confirm whether you will enjoy it or not. The story mode that accompanies it is enjoyable, if short, but online play and customisation are where this will live or die. It’s unlikely to better the numbers of Ultimate Team or even regular Online Seasons mode, but it does an excellent job at what it sets out to be. As a niche though, don’t be surprised if you play it once or twice, and then never touch it again.

Speaking of Ultimate Team, it’s more fleshed out than ever. You can see our bigger overview of this year’s mode here.

Career mode, however, is still feeling neglected despite the claims of the improvements from EA. The interface still looks the same, the same issues persist (like training options being terrible, and still being able to scout two squads worth of 90+ potential players), and aside from a few minor presentation upgrades, it feels the same too — a real shame.

This year’s FIFA feels a little bit like a transition. The next-gen consoles are coming next year, and the features and effort put into this release make this feel more like a small update on last year. While the tweaks and VOLTA are welcome, it doesn’t feel like a properly new title. That’s not to say FIFA 20 bad at all, it’s still very good, but on the evidence of this game, we’d expect a big overhaul on the engine and modes come next year for next-gen.

Order on Amazon
Order on Humble