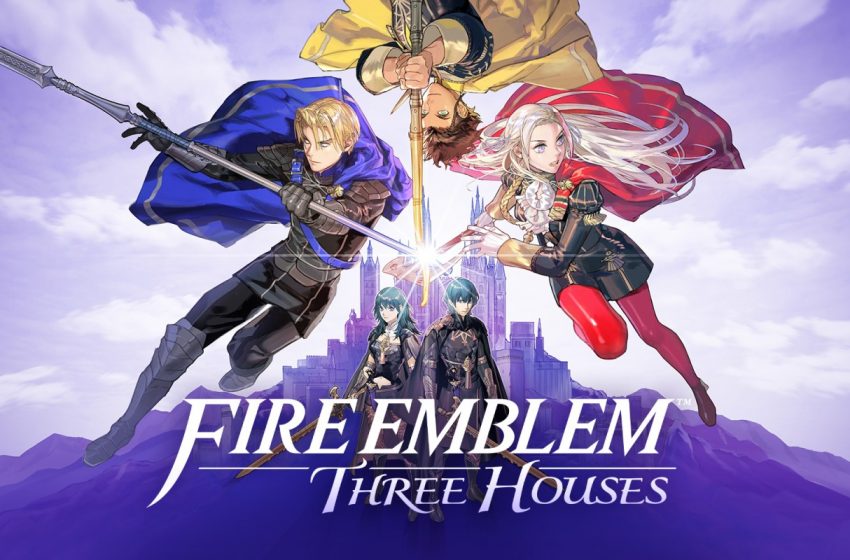 Three Houses is the first console Fire Emblem game since 2007’s Radiant Dawn with the franchise choosing primarily to be released on handheld systems for the past decade. It is also the first new game in the series since 2015’s Fire Emblem: Fates, which launched on 3DS and followed on from 2017’s Echoes, a remake of 1992’s Japanese exclusive Fire Emblem Gaiden for the Famicom.

What we are trying to tell you from all this is that there are a lot of Fire Emblem games that always bring some new mechanics or gameplay element to the series with each new installment— and Three Houses is no different.

We are huge Fire Emblem fans and have been eagerly awaiting the next installment for some time now to see if it lives up to the hype. Everything that we saw about the title ahead of release oozed mystery, strategy, and a great story which are the cornerstones of the Fire Emblem series, so we couldn’t wait to dive in and play this game finally.

With that in mind, let’s get on with it. Shall we?

In Fire Emblem: Three Houses, you take on the role of a mercenary turned professor at a prestigious academy known as Garreg Mach Monastery, a church whose religions teachings are absolute.

There, you will be offered the chance to teach one of the three houses that all harbor the future leaders of their respective countries. Do you pick Adrestian Empire, Holy Kingdom of Faerghus, or Leicester Alliance? Well, that is up to you to decide.

The story will take you from humble beginnings in Fódlan with your students to a full-blown war between nations with the story playing out differently depending on which of the three houses you choose, and the choices you make in-game. This gives you the chance to experience three separate stories for 100s of hours of gameplay.

Throughout the campaign, you will need to teach your students to excel in specific areas to rank them up over time, nurture their gifts, and try not to let them die on the battlefield. This is Fire Emblem after all, so permadeath is very much a thing that you will need to think about at all times.

At the start of the game, you will be limited to a small pool of characters that you can build into your ideal team but you can, of course, recruit other units to your squad over time. How you do this, however, is different to previous games in the series as every character will be recruitable at the start.

To get them to leave another class and join yours, you will need to level yourself up in certain areas to the point that they want to join. For instance, the tank characters that can excel as Brawlers will want you to equally be proficient in the Brawling skill tree, asking you to have it to a certain rank to join your class.

All this and more helps to sell this school experience as you are continually learning with your pupils, getting stronger, and getting ready to take on every foe that comes your way.

First things first, Fire Emblem: Three Houses is the first game in the series that allows you to move your character freely. You will constantly be walking about Garrag Mach Monastery, talking to your students, partaking in challenges like fishing, and learning how to be a better professor to unlock bountiful rewards the more you level up.

It’s a nice touch to the series as it gives you a home base that you see change and evolves depending on your choices, outcomes, and how the story progresses. You are free to explore it all to learn more about your students and about the greater mysteries that the game hides in your own leisure.

It’s a great shakeup to the Fire Emblem formula that just had you going from battle to battle and really breaks up the hectic combat to give you some downtime to reflect on some units you may have just lost in battle or plan your classes and strategies ahead of the next bout.

The next addition to the game is the inclusion of Battalions, which adds a new layer of strategy to the classic Fire Emblem formula. Units can now be assigned battalions that boost a unit’s strengths and gives them the use of a unique technique that can turn the tide of battle. Through completing missions, you can unlock more battalions thus opening up new ways to play.

Matching these battalions with units of a similar class is the obvious way to go. No need to have a group of monks surrounding your Archers, after all, otherwise they are just standing there to look good on the battlefield.

Another interesting and new mechanic that has been added to the series is the ability to travel back in time during fights to redo a mistake you might have made. In a game that has permadeath, this is a heartwarming feature to add into the game that will save hundreds upon hundreds of reset requests, allowing you instead to journey back to your previous turn and undo a move that could have cost a units life. You are limited to the number of times you can do this, however, so don’t abuse it.

Lastly, we just wanted to quickly touch on Three Houses ability to make any one of your units into any class that you want. This allows you to customize your team into one suited for your playstyle and gives you a lot of options to play around with.

For all Three Houses strengths, some glaring weaknesses just can’t be ignored.

For starters, the story (at least in some areas) isn’t the strongest it has been and leaves the viewer with more questions than answers. This comes down to the structure of the game where a whole month passes and a plot point happens at the end, which is then rinsed and repeated month after in-game month.

It makes the story feel disjointed, and things seem to happen. At one moment, you will be told how a key character has gone out for some unspecified reason then suddenly turn up moments later, even though they weren’t meant to be back for weeks.

A lot of the story is also pretty flat, and in a tactical RPG based around its story (that should be the strongest part of the game that drives the player forward), it doesn’t feel right at times. We got to the time skip section advertised in the game’s trailers, saw the big twist, and were put off for playing the game for a few days before we begrudgingly pulled ourselves back into it to see if the ending could be a redeeming factor.

This, however, might be a nitpick on our behalf as you can run through the months to skip to the story if you want to accelerate the game and make it a traditional Fire Emblem experience.

Another small issue comes from the units you recruit throughout the game. Units that you end up stealing from other houses, while a nice addition, don’t really have any say in your houses story or history. Sometimes, we forgot some of the characters we had enlisted were even there until it was time for the next battle.

They feel like mindless add-ons that have no value. You can’t even create social links with anyone in your party, making them weaker alternatives at times. It would have been better to have units that you could recruit around your house’s story, leaving you time to get used to the other characters in a separate campaign, instead of what was offered.

Fire Emblem: Three Houses isn’t the strongest entry in the series but adds a lot of new elements and gameplay mechanics that shake up the formula. The inclusion of battalions and time travel add new gameplay options while not taking anything away from the original experience.

Despite its minor shortcomings, the game still offers over 100s of hours of gameplay that can serve as an excellent way for the tactically minded players out there to get their strategy fix. Players are also rewarded for their time, and those that take advantage of everything on offer and use the new systems to their advantage will excel and become masters of the battlefield.

So is the game worth getting? Absolutely, so long as you enjoy these types of games. It might be a little harder for newer players of the series to get involved with all that is going on, but for anyone who has played Fire Emblem games before, it should definitely not be missed.