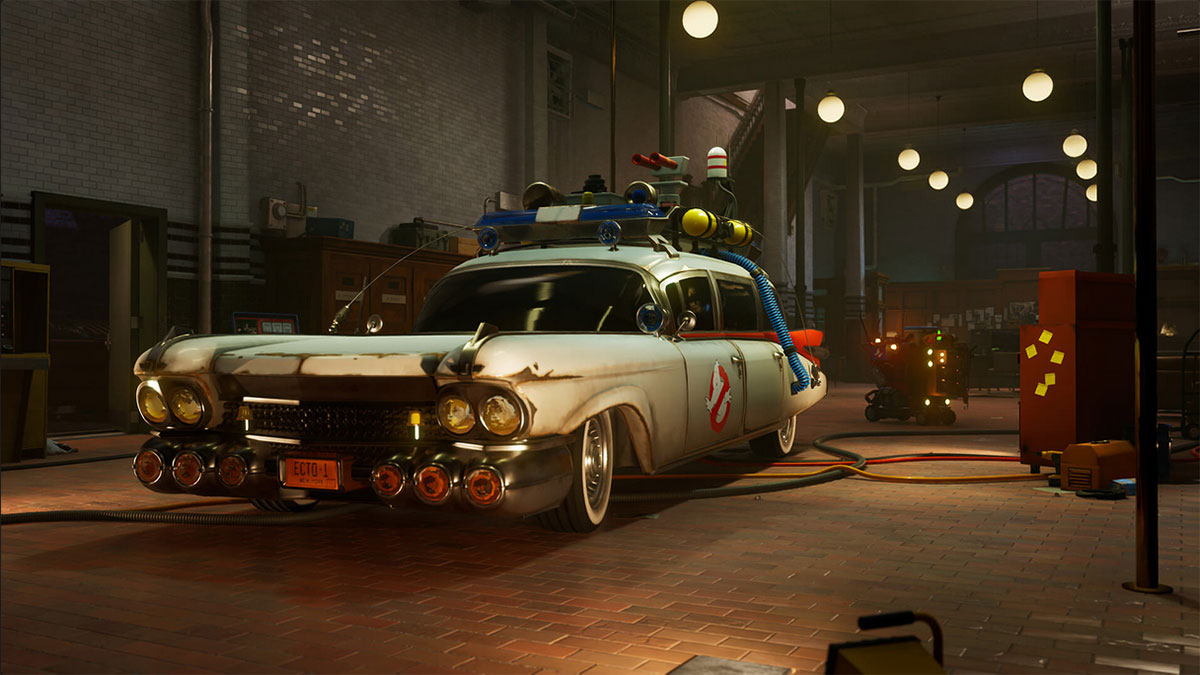 Asymmetrical multiplayer games have been making a bit of a resurgence lately. There have been quite a few contenders in the ring, although none of them have had nearly the same popularity as the horror icon-stuffed Dead by Daylight. Illfonic is one of the developers that really has tried making this type of game stick, being the creators of Friday the 13th: The Game and Predator: Hunting Grounds.

The studio’s latest IP draw comes from the popular spirit hunters franchise made famous in the 80s supernatural comedy Ghostbusters. While Ghostbusters: Spirits Unleashed is probably Illfonic’s best work yet, the game does not do much to win over anyone who is not a diehard Ghostbusters fan.

An uneven experience both in the physical and spiritual world

Every match in Ghostbusters: Spirits Unleashed revolves around the team of Ghostbusters tracking down and capturing the ghost before they can get the haunting meter on the area up to 100%. The meter is essentially a time limit for the Ghostbusters that the ghost can slightly speed up by haunting objects and scaring civilians. While doing this, the ghost also wants to avoid being tethered and dragged into a trap by the opposition. So far, so Ghostbusters.

Three rifts are scattered around the environment hidden in objects to give the ghost multiple chances. Rifts act as spawn points for the ghost if they get captured, so essentially, the ghost has four lives unless the Busters find the rifts and destroy them.

On paper, this is a good idea for a game. In practice, the gameplay loses its luster quickly. Unless the person playing as the ghost doesn’t understand how to fly around corners and switch between elevations, they should have a relatively easy time surviving. While I don’t think one side is necessarily more fun to play than the other, I definitely had a more challenging time on the human side. They have a P.K.E. meter that alerts them when the ghost or a rift is near, but with how quickly the ghost can move, it can be difficult to throw out a trap and then get back to tether the ghost before they run away or slime you with their ultimate ability, temporarily immobilizing you.

There are many things for humans to do in a split second when they run into a ghost, which makes capturing one on your own nearly impossible. With this in mind, you would consider staying as a group, but then you can’t keep up with the ghost who moves faster than you — in general, playing as a Ghostbuster feels chaotic in a bad way. Throw a trap out, tether a ghost before they run, and hope you get lucky enough to pull them in before they break the tether. When it works, it’s fun. Not so much when the ghost escapes constantly.

Dedicated to their spooky craft

While the gameplay never caught me, the overall look nails what I expect from a Ghostbusters game. Creating your character to work in the company fills a dream I am sure plenty of fans of the movies have had. You also get to walk around and explore the fire station between matches, which helps complete that dream. Every nook and cranny is perfect, and Illfonic did a brilliant job of recreating it. You can even dispense ghosts from your traps in the basement. It does nothing to benefit you in-game, but it’s such a cool touch that had to be included.

The game does feature a new story, which is great, but it is hard for a non-Ghostbusters fan to get invested. Story elements pop up randomly after you play some matches and level up, and just act out as cutscenes in the fire station, preventing you from playing the game and kicking you out of your friend’s lobby. I found myself skipping these sections because they felt like a giant waste of time, but I am not the crowd they are going for with that content.

When playing matches, you are transported to one of five maps in the game. Obviously, these locations don’t hold the same magic as the fire station, but they are at least diverse enough to be interesting arenas to destroy while hunting the ghost. One of my favorite things was walking around the museum and obliterating the priceless Egyptian statues and dinosaur exhibits. While the game seems to imply that destroying things with your proton pack is bad, it doesn’t penalize you, so I found it best to leave every room worse than how I entered it. After just a few playthroughs, I got familiar with each location and felt they were easy enough to navigate regardless of what side you are on.

Busting is best done with a friend

Ghostbusters: Spirits Unleashed is probably best enjoyed with a group of friends — people that you can have a good time with when everything goes wrong. With that in mind, the drop-off that happens when you play solo against bots or with randoms is steep. The in-game voice comms are very quiet by default. I had to go into the settings and lower the volume substantially on everything else to be able to hear what was being said. Add in the fact that Ghostbusters: Spirits Unleashed uses proximity chat that cuts off your communication, and it nails home how this game is best played within an Xbox or PlayStation voice party, or a Discord call when playing cross-platform.

The bots, in particular, are pretty bad. They seem to know how to track down the ghost but are next to no help when reeling them in. They throw down a trap but can’t keep a good tether going. Of the many matches I had without other humans to play with, I often would go head-on towards the Ghostbusters and get away fairly easily because the bots were so pitiful. Obviously, bots aren’t how the game is meant to be played, but if you can’t find enough players, they have to fill a hole.

One small part of the matchmaking experience I love is that friends can play against each other in Quick Play matches. At the start of every round, someone in the lobby is randomly chosen to be the ghost, even if they are in a party with others. Too many games these days reserve this for private matches because of the impact on boosting profiles, but Ghostbusters: Spirits Unleashed keeps things rolling quickly.

Ghostbusters: Spirits Unleashed is a game that will quickly lose your attention over a weekend unless you are a diehard fan of the franchise and have a group of friends that are the same. It’s another example of how hard it can be to make an equally fun and engaging asymmetrical multiplayer game.

It doesn’t come close to the heights of Dead by Daylight or the 2009 Ghostbusters game, but it’s a fine enough time waster if you have nothing better to do. Ghostbusters: Spirits Unleashed is nothing special, but for a very particular crowd, it’s a decent experience that gives you a throwaway Ghostbuster story on the side.