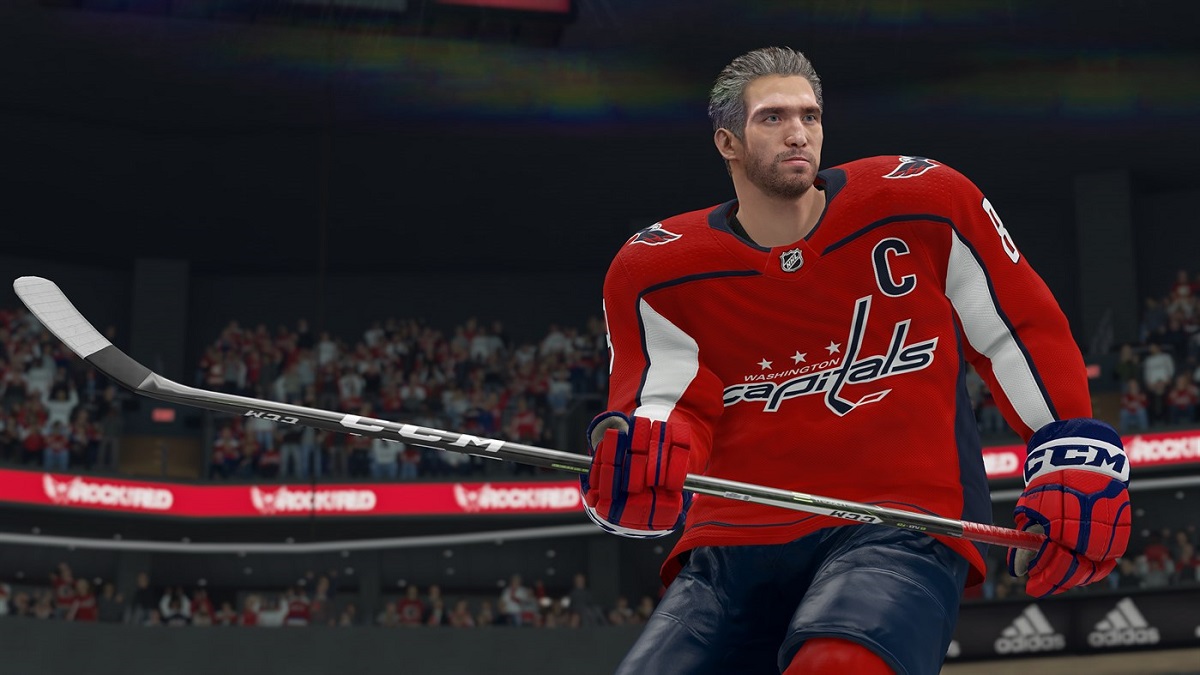 The NHL franchise does not get the same attention as EA Sports’ other titles, and it doesn’t have nearly the staff or budget of the FIFA and Madden series. Still, the NHL franchise has made some steady gains after a disastrous current-gen debut with NHL 15. From 2015 onward, the series has still had its problems, thanks to a poor Be a Pro mode and jerky gameplay that can be looked at as both unrealistic and frustrating.

NHL 21, which launched worldwide on October 16, appeared to be the real deal during the game’s promotional phase, but it did the actual game feel the same way? Well, not exactly.

Divots on the ice

The gameplay has, like the franchise, made some strides in recent years, but it’s retained that sameness that goes back to NHL 15. In NHL 21, there are some noticeable adjustments. One is that skating does feel smoother for the elite player characters. There’s a noticeable difference between those who are elite skaters and those who aren’t, as they’ll have more energy and speed in their strides. Additionally, the AI goaltending feels more stable now.

And then there’s the backskate. I noticed in the NHL 21 beta that backskating felt slower compared to NHL 20, and that remains the case in the full game. This creates a skill gap, and it also means that players will have to be much more mindful about backchecking and gap control. But, these changes do add a bit of a different dimension to the series.

Unfortunately, this is where the gameplay changes end. It still retains many of the unappealing aspects that have inhibited this franchise from reaching its true potential.

AI awareness, while slightly better than it was in past years, is still a problem, as there are still too many occasions where a computer-controlled skater will drift out of position for no apparent reason. This clunkiness has been an issue for years. And if you were looking for graphics changes, keep looking. Much like the other major sports games that have launched in 2020, the visuals have remained relatively the same since the first NHL game.

Not a clean shot

Arguably the main focus of EA Sports’ NHL 21 promotional campaign was touting new changes to Be a Pro. After years of neglect, they promised that the mode would receive a much-needed facelift for NHL 21, with some of those additions including a conversation system, in-game challenges, new cutscenes that highlight your career on and off the ice, and a radio show hosted by Vancouver-based sports commentator James Cybulski.

These changes sounded very promising, especially since this mode had essentially no purpose for years. In previous NHL games, all you did in Be a Pro was play in games, assign training, and… well, that’s pretty much it. The career mode paled in comparison even to the ones that were in NHL 13 or NHL 14, in the previous console generation. Considering that, as well as the attention this mode received during NHL 21’s promotional campaign, I have to admit, I was excited.

But despite all the hype, Be a Pro didn’t live up to the expectations. Yes, it did look and feel more in-depth. However, the new conversations hardly made any sense. During my time with NHL 21, there would be instances where the head coach would give me an objective, and even if I completed the task, at the end of the game he would still say he was disappointed with my play.

And then there’s the conversation system between the character and teammates, which didn’t make much sense either. For example, during my time with the New York Rangers, I was challenged by a rookie as to why I didn’t complete an objective. To me, it felt very bizarre as to why a fellow rookie would question my play as compared to, say, a veteran of the league and a leader of the team.

However, the biggest issue with Be a Pro is that it still doesn’t answer the main question that I’ve had about it for years: Why should I play it? There’s still not a purpose behind the game mode, and there are no rewards for playing it. You don’t receive World of CHEL items or HUT Coins. All you will really get is a glimpse of what it’s like to be in the NHL. And from what I’ve gathered from Be a Pro in NHL 21, it’s hardly an authentic view.

Hockey Ultimate Team hasn’t changed much between NHL 20 and NHL 21. HUT Rivals and HUT Champions remain, as do offline Squad Battles. Online Seasons and Draft Champions, however, were casualties. The marquee addition to HUT was HUT Rush, a streamlined version of Hockey Ultimate Team that features shorter games and three-on-three action. HUT Rush is essentially NHL Threes in Hockey Ultimate Team, so in reality, it’s not a major addition, even if EA tried to make it out to be during the promotional campaign.

It’s a bit disappointing to see Online Seasons leave the NHL franchise. It’s been a staple of HUT for years, going back to the PS3 and Xbox 360 days, and it was fun to attempt to climb up the ladder and make it all the way up to Division 1. It’s understandable as to why it was removed, but to me, it does take away from HUT and its purpose.

Much like Hockey Ultimate Team, the World of CHEL has remained relatively unchanged from 2019. There were some minor additions to the mode, though.

One of those was the addition of practices to EASHL. While it is a minor change, it’s an impactful one, especially since it has been highly requested by EASHL players for some time. Second, EA Sports has now added ranks for all World of CHEL modes, including Threes and Drop-In play. Like with the addition of EASHL practices, this change seems minor, but it makes playing all CHEL modes much more meaningful, especially since users will be playing to climb the Online Leaderboards. The formula for the World of CHEL has worked over the past few years, and it’s good to see that EA Sports continues to add to a mode that, in my opinion, is the best in the NHL series.

Lastly, there’s Franchise mode. Last year was a big year for Franchise mode, as EA Sports added a new chemistry system to NHL 20, as well as coaches who can affect the simulation engine. Unlike last year, there were not many major changes for NHL 21. The main addition was the return of Trade Deadline madness, as users will now need to navigate the ups and downs of Deadline day. Trades will come in on the ticker all day, and the value of players will change as the morning and afternoon roll along. That, plus the adjustments to player values, add more depth to the mode.

However, the game mode is littered with bugs. Scouting, in its present state, does not work as intended, as it’s almost impossible to uncover players’ potential, nor can you see their stats at lower levels. Additionally, the record books also seemed to be glitched. Players who have only played a handful of games prior to 2020 will suddenly pop up in the all-time lists for games played.

There were a lot of positive vibes surrounding NHL 21 prior to release. Based upon the improvements that were made public, as well as a solid NHL 21 beta, it seemed like the NHL franchise was making strides. And while I do believe that it is on the right track, it’s just not there yet. Be a Pro still needs a lot of work, and the gameplay needs tuning before it can be considered a true hockey simulation.

Has the series made gains over the past few years? It sure has. But the fact that a lot of NHL 21 feels too similar to NHL 20 hurts the score for this game quite a bit.